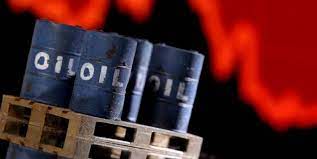 Following a bilateral meeting on Thursday, the energy ministers of Saudi Arabia and Iraq reiterated their support for the oil production cut agreed upon last month.
At the same meeting, they emphasized the importance of sticking to the agreement until the end of 2023, Saudi Arabia’s Abdulaziz bin Salman said in a statement earlier today.
Bin Salman and his Iraqi colleague, Hayan Abdel-Ghani, also agreed that they would ensure OPEC has “the ability to take further measures, if required, to achieve balance and stability in the market.”
Iraq has ambitious oil production growth plans, eyeing a production capacity of 7 million bpd by 2027, up from the current 5 million barrels daily. Yet it remains a loyal OPEC member: when the head of SOMO, Iraq’s oil-exporting company, announced the capacity plans, he added that “The increase in these production rates will take place in coordination with OPEC and according to the decisions taken in line with oil market requirements.”
OPEC+ agreed last month to reduce its combined production of crude oil by a nominal 2 million barrels daily, which would translate into an actual reduction of around 1 million barrels daily.
This stabilized oil prices for a while before Covid updates from China began taking their toll. Earlier this week, the Wall Street Journal reported that the cartel was considering an increase in oil production ahead of the EU oil embargo on Russian oil.
According to the WSJ report, which quoted unnamed OPEC delegates, the output hike “could help heal a rift between Saudi Arabia and the Biden administration and keep energy flowing amid new attempts to blunt Russia’s oil industry over the Ukraine war.
The report prompted an immediate reaction from Saudi Arabia, which denied the information and suggested that it was, in fact, even open to further production cuts.
“It is well-known that OPEC+ does not discuss any decisions ahead of the meeting,” Abdulaziz bin Salman told the Saudi state news agency.