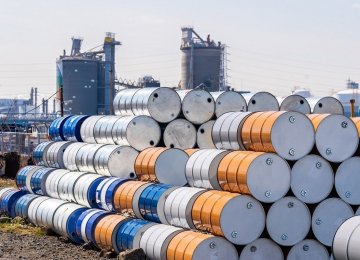 Saudi Arabia and Iraq will Cooperate to Balance Oil Market

Saudi Arabia and Iraq have agreed to coordinate with all oil producing countries to restore balance to the oil market, according to the official Saudi Press Agency (SPA).
SPA said the accord came during a meeting between Saudi Minister of Energy Prince Abdulaziz bin Salman and Iraqi Deputy Prime Minister Ali Allawi.
The two sides agreed to improve “basic factors in the petroleum market with start of implementing the OPEC-plus accord and agreed on the necessity to pursue action with all producers to speed up restoration of markets’ balance, affirming their countries’ firm commitment to implementing the agreement”, SPA said.
OPEC and its partners in the OPEC-plus group inked a deal in April 2019 to cut the crude output by more than nine barrels a day.
The official Saudi news agency also quoted Foreign Minister Prince Faisal bin Farhan as affirming a desire to reinstate the Saudi ambassador to Iraq as soon as possible.
The two sides touched on a host of other issues related to land border checkpoints, customs and partnership between the private and public sectors.
The report added that the discussions among the Saudi and Iraqi officials addressed the prospect of reopening the Saudi commercial consulate in Iraq and intensifying efforts to reopen the border passageway, Ara’ar, also in the near future.
In April 2019, Saudi Arabia opened its consulate in Baghdad for the first time in 30 years. Ties between the two neighbours turned sour when troops of the ousted and executed Iraqi ruler Saddam Hussein invaded Kuwait in 1990.
Diplomatic relations resumed in 2015 when Riyadh sent an ambassador to Baghdad, but consulate services were not and Iraqis applying for visas had to go through the Saudi embassy in Jordan.

Previous A Quarter of Brits Consider Switching to an Alternatively-Fuelled Vehicle
Next Farabi Petchem Co. Ready to Enter Storage Industry