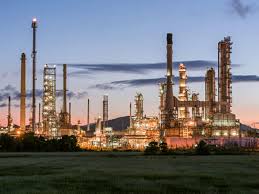 Saudi Arabia has announced its official crude pricing (OSP) for May, selling oil more cheaply to Asia while keeping prices flat for Europe and raising them for the U.S., after OPEC and its allies agreed the biggest output cut deal in history.
Saudi Arabia’s state oil giant Saudi Aramco has set the May price for its Arab light crude oil to Asia at a discount of $7.3 to the Oman/Dubai average, down $4.2/bbl from April, according to a document seen by Reuters on April 13.
The cut to Asia was in line with market expectations.
According to a Reuters survey, Asian refiners have called on Saudi Arabia to slash its crude OSPs for a third straight month in May after Middle East benchmarks and refining margins dropped amid ample supplies and lower demand due to the coronavirus.
Meanwhile, the firm has raised the May OSP of its Arab light crude oil to the U.S. to a discount of $0.75/bbl versus the Argus Sour Crude Index (ASCI), up $3/bbl from April, according to the document.
Aramco left its OSP for Arab light crude oil to Northwestern Europe unchanged from April at a discount of $10.25/bbl to ICE Brent.
The cut in prices to Asia reflect weak demand, while OSPs to Europe and the U.S. reflect oil market fundamentals and the global supply cut pact, an industry source familiar with the pricing process told Reuters.
Aramco has delayed its OSPs announcement several times over the past few days until after finalizing the OPEC+ reduction agreement.
Last month, the world’s top exporter Saudi Arabia surprised everyone by ramping up supplies and slashing prices for April, sparking a battle for market share globally and causing global oil prices to plunge to 18-year lows.
Markets globally are now flooded with cheap oil with storage space filling up fast, while refiners cut output or shut plants following coronavirus lockdowns.
On April 12, OPEC and allies led by Russia agreed to a record cut in output to prop up oil prices amid the coronavirus pandemic.
The unprecedented deal with fellow oil nations, including the U.S., could curb global oil supply by 20%.
Saudi crude OSPs set the trend for Iranian, Kuwaiti and Iraqi prices, affecting more than 12 million bbl/d of crude bound for Asia.