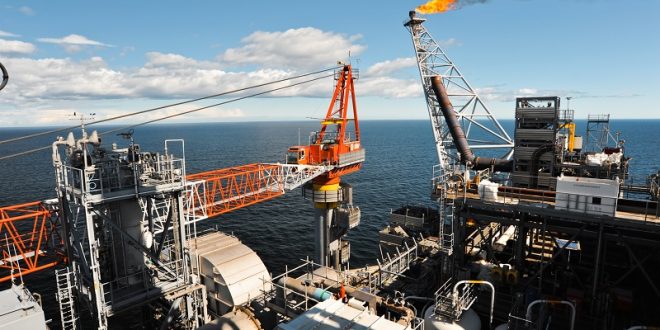 Saudi Arabia and Kuwait are “working very hard” to reopen the onshore Wafra oil field in the Neutral Zone shared between both countries, a source directly involved in the project said June 21.
There is no restart date yet, the person told S&P Global Platts.
Arab news agency Attaqa reported on June 20 that Wafra is scheduled to restart on July 1, at 10,000 b/d initially and building up to 145,000 b/d by mid-2021.
Online newspaper Sanbouk Economic said in a note that Kuwait Gulf Oil Co., part of Kuwait Petroleum Corp. and a joint partner in the field, will start producing from Wafra on July 1. Output will be ramped up to 80,000 b/d by the end of this year and then to between 135,000 b/d and 145,000 b/d in mid next year, according to the note.
Wafra was shut in 2015, and co-owner Chevron said in February it was preparing to resume pumping with full production expected in 12 months. Many employees were subsequently forced to work from home because of the coronavirus pandemic, delaying start-up, the source said.
“Saudi Arabian Chevron (SAC) and its partner, Kuwait Gulf Oil Co., continue to prepare its operations at the Wafra field,” the companies said June 21 in a statement. “SAC’s priority remains the safety of its people, the communities where it operates, and its facilities. Consequently, SAC remains focused on ensuring its workforce is ready to safely resume operational activities.”
A restart date wasn’t provided.
The offshore Al-Khafji oil field also in the Neutral Zone temporarily reopened this year after being shut since 2014. Kuwait state-run news agency reported in May that it would close again for the month of June.
Wafra is operated by Kuwait Gulf Oil and Saudi Arabian Chevron. Al-Khafji, jointly owned by Saudi Arabia’s Aramco Gulf Operations Co. and Kuwait Gulf Oil, shipped its first cargo in five years in April.
The fields, which have a combined capacity of 500,000 b/d, are located in the Neutral Zone, an area straddling the border between Saudi Arabia and Kuwait. The countries agreed in 1970 to co-manage and share crude production from the zone equally.