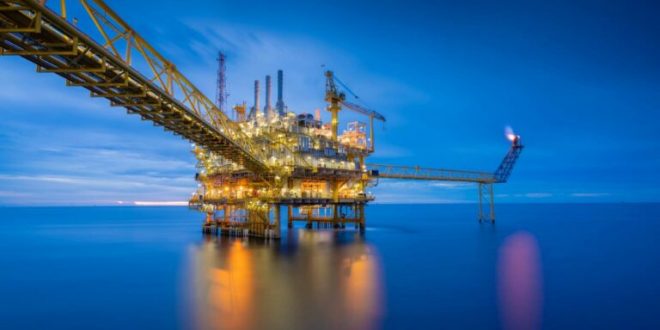 Saudi Arabia has grown its natural gas production by 30 percent in a decade to a record 11 billion cubic feet per day (Bcf/d) in 2020, as the world’s top oil exporter targets to develop more stand-alone natural gas fields, the U.S. Energy Information Administration (EIA) said on Tuesday.
Being a key member of the OPEC+ pact, Saudi Arabia has seen a decline in its associated natural gas production from oilfields in recent years, but the development of non-associated, stand-alone gas fields has helped the Kingdom grow its gas production to records, the EIA noted.
Saudi Aramco has started to prioritize the development of non-associated gas fields, most of which are located offshore.
Back in 2000, the largest oil producer in OPEC did not produce any non-associated gas, but stand-alone gas developments have grown to account for 46 percent of its total gas production in 2020, the EIA said.
Saudi Arabia’s oil giant Aramco targets not only to increase its oil production capacity to 13 million barrels per day (bpd) by 2027 from 12 million bpd now. It also aims to boost natural gas production to use more gas for domestic electricity production at the expense of dirtier fuels, including the burning of oil.
Saudi Arabia’s proved natural gas reserves totaled 333 trillion cubic feet (Tcf) as of January 2021, including those in an area shared with Kuwait known as the Neutral Zone. Saudi Arabia was the sixth-largest natural gas producer in the world behind Russia, Iran, Qatar, the United States, and Turkmenistan in 2020, the EIA has estimated.
The Saudis are also pursuing unconventional gas development, and Aramco awarded at the end of 2021 subsurface and Engineering, Procurement and Construction (EPC) contracts worth $10 billion as it announced the start of development of the Jafurah unconventional gas field. This is the largest non-associated gas field in the Kingdom of Saudi Arabia, Aramco says. The project aims to meet rising demand for high-value petrochemicals feedstock, complement Aramco’s focus on hydrogen, and support expansion of its integrated gas portfolio, the company said in November.