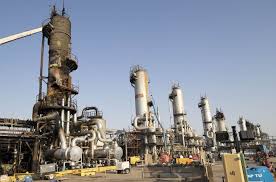 Saudi Basic Industries Corp., majority owned by Saudi Aramco, said Sept. 19 that its petrochemical joint venture with ExxonMobil near Corpus Christi, Texas, started commissioning ahead of its expected fourth-quarter start-up.
The Sept. 19 confirmation follows a tour of the facility in August when the plant manager, Paul Fritsch, said “we’ll be up with everything by the end of the year.”
The new complex features a 1.8 million mt/year ethane-fed cracker, the world’s second-largest, and the world’s largest mono-ethylene glycol unit at 1.1 million mt/year.
The complex also has two linear low density polyethylene units, each with capacity of 650,000 mt/year.
“This project supports SABIC’s global growth strategy, diversifying its feedstock sources and strengthening its petrochemical manufacturing presence in North America for a wide range of products,” the Riyadh-based company said in a statement to the Saudi stock exchange
The companies announced in October that the joint venture would come online in Q4 2021, earlier than 2022 as originally planned.
Polyethylene is used to make the world’s most-used plastics, from milk jugs and grocery bags to buckets and food packaging. MEG is used to make antifreeze and polyethylene terephthalate, or PET, which in turn is used to make plastic bottles and polyester fiber.
Saudi Aramco in 2020 finalized its $69 billion acquisition of a 70% stake in SABIC.
In April 2021, SABIC said it would take over sales and marketing of about 5.4 million mt/year of Saudi Aramco’s chemicals and resin products, centering SABIC’s commercial focus on petrochemicals while Aramco’s trading arm focuses on fuel products.
Stalled US projects
The ExxonMobil JV did not suspend or slow construction in 2020 amid COVID-19 restrictions because modular units were largely built elsewhere and delivered to the complex site, sources familiar with the project told S&P Global Platts previously. Other major construction projects with hundreds of workers on site slowed or temporarily suspended work in 2020, including Shell’s southwestern Pennsylvania petrochemical complex and LyondellBasell’s new propylene oxide/tertiary butyl alcohol (PO/TBA) project in Channelview, Texas.
But not all Saudi petrochemical projects in US are moving forward.
Aramco’s Motiva Enterprises subsidiary has withdrawn documents seeking tax breaks for a new ethane-fed cracker and downstream derivative units adjacent to its refinery in Port Arthur, Texas, indicating the projects have been put on hold, sources familiar with company operations told Platts previously.
The SABIC-ExxonMobil project is part of 9.77 million mt/year of new US PE capacity under construction or planned to start up in 2021 and beyond. As of 2020, the US had 23.4 million mt/year of PE capacity, according to Platts Analytics.
The new cracker is among more than 10 million mt/year of ethylene capacity under construction or planned in the US to come online in 2021 and beyond, which includes Total’s new 1 million mt/year joint-venture cracker in Port Arthur, Texas, which began starting up in June.
US ethylene capacity in 2020 was 40.56 million mt/year, according to Platts Analytics.
The MEG unit will increase US MEG capacity by 23.6% to 5.75 million mt/year. US MEG capacity has more than doubled to 4.65 million mt/year since late 2018 as Lotte Chemical, MEGlobal, Sasol and Nan Ya Plastics brought a cumulative 2.5 million mt/year in new production online.

Previous Oil Drops on Signs of Rising Russian Exports and Gains by the US Dollar
Next For the Second Week in a Row, U.S. Continue to Downsize Crude Imports