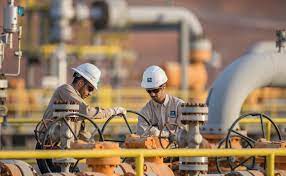 Dhahran-based petroleum and natural gas company Saudi Aramco is reportedly targeting to raise at least $17bn from its stake sale in gas pipelines.
The deal amount could be higher than the $12.4bn the company received in the oil pipeline transaction, sources familiar with the matter told Reuters.
North American private equity and infrastructure funds, as well as state-backed funds in China and South Korea are the potential bidders for the sale, which is formally expected to be launched in the next few weeks.
The companies have been approached by Aramco through its advisors, the news agency reported.
The stake sale could comprise $3.5bn of equity and the remaining will be funded by bank debt.
Reuters quoted a source familiar with the deal as saying: “The gas deal is about the long-term view of gas utilisation and consumption in Saudi Arabia.”
Aramco has partnered with JPMorgan and Goldman Sachs to find potential buyers for the stake sale.
China’s Silk Road, Chinese state-backed investment fund CNIC, South Korea’s sovereign wealth fund Korean Investment Corp (KIC) and NH Investment & Securities are some of the companies that evinced interest in the sales process.
Separately, Bloomberg News reported that Saudi Aramco is in advanced talks to buy a 20% stake in Reliance Industries’ oil refining and chemicals business for about $20bn to $25bn.
An agreement for the stake acquisition is expected to be signed in the coming weeks.
In 2019, Reliance revealed plans to sell a 20% stake in its oil-to-chemicals business to Aramco for $15bn. Oil price crash that occurred last year due to the coronavirus pandemic has resulted in a delay for the deal.
Reliance’s oil-to-chemicals division includes the group’s petrochemicals, refining, and fuels marketing businesses.
In April this year, Saudi Crown Prince Mohammed Bin Salman, in an interview with Alarabiya News, said that the Saudi Arabia is in talks with an undisclosed global energy company to sell a 1% stake in Saudi Aramco potentially for $19bn.