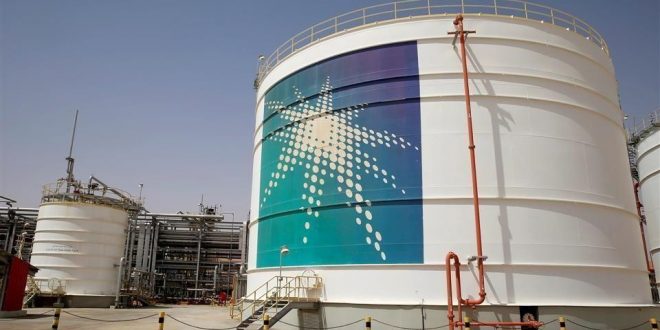 The stock is trading at an increase of over 3%, with nearly 18 million shares traded so far.

Brent crude jumped above $100 a barrel on Thursday’s trading session for the first time since 2014, as Russia launched a military operation in Ukraine, amid concerns about the implications for energy exports in the region.

Aramco was established in Saudi Arabia by a royal decree on Nov. 13, 1988. The company is fully-owned by the Saudi government with a paid-up capital of SAR 60 billion, divided into 200 billion ordinary shares without face value.

The company was listed on the Saudi market in December 2019.

Aramco’s primary objectives relates to all aspects of energy-related activities, including hydrocarbons, chemicals and other related and complementary industries, or any other activity within or outside Saudi Arabia.