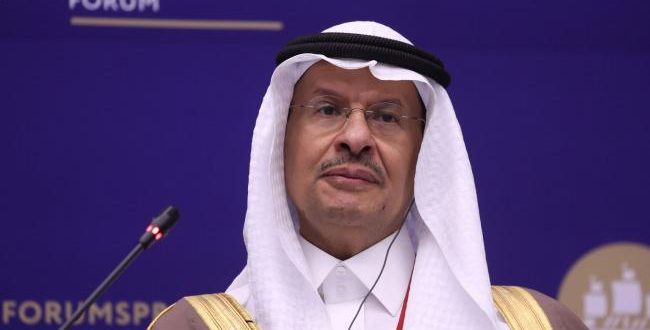 Saudi Arabia’s Energy Minister Abdulaziz bin Salman played down the likely fallout from the new coronavirus variant that pummeled oil markets last week.
“I’m a very relaxed person. I’m not concerned,” the minister said when asked how the new strain may affect demand.
Abdulaziz, who was speaking to reporters in Dhahran in the kingdom’s east, declined to comment on plans by OPEC+ ahead of a meeting this week.
Oil has recouped some its losses after a rout Friday that saw U.S. crude plunge more than 10%, dropping below $70 a barrel for the first time since September.
OPEC+, led by Saudi Arabia and Russia, is gradually rolling back its production cuts and agreed to increase output by 400,000 barrels a day each month. OPEC+ meets Thursday to decide on January output.