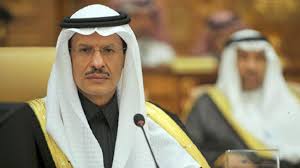 Saudi Arabia’s energy minister said he was unconcerned about oil’s more-than-10% rise this year, even as traders increasingly raise the prospect of prices reaching $100 a barrel.
“I’ve always been comfortable,” Abdulaziz bin Salman said to reporters in Dubai on Monday, where he’s attending at Expo event.
Brent crude’s climbed 11% since the end of December to above $86 a barrel, amid signs consumption will hold up despite the spread of the omicron variant of the coronavirus. At the same time, spare capacity is dwindling as some of the world’s biggest producers struggle to boost output.
Vitol, the world’s biggest independent oil trader, is among those predicting that prices will rise further as supplies tighten.
OPEC+ member Oman said last week that the group — led by Saudi Arabia and Russia — would try to prevent the oil market “overheating” and didn’t want prices to reach $100 a barrel.
Prince Abdulaziz also said he wasn’t worried about the U.S. releasing more oil from its Strategic Petroleum Reserve, which could push crude prices down.