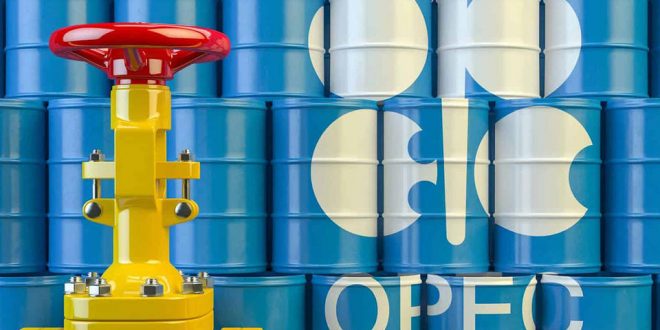 Russia is leading efforts to close divisions between Saudi Arabia and the United Arab Emirates to help strike a deal to raise oil output in coming months, three OPEC+ sources said, with OPEC and its allies yet to set a date for their next oil policy meeting.
Disagreement between the two Gulf OPEC allies was publicly exposed last week, with Riyadh and Abu Dhabi at odds over a proposed deal that would have brought more oil to the market — potentially cooling a rally that has seen prices hit 2-1/2 year highs.
The rare spat forced the Organization of the Petroleum Exporting Countries (OPEC), Russia and other producers, a group known as OPEC+, to abandon talks on boosting production after days of negotiations.
The producers have said they will decide on a date for a new meeting in due course, giving no signal whether any compromise might be possible in the coming days.
Moscow, which has been pushing to raise output, is now working behind the scenes to bring both Riyadh and Abu Dhabi back to the table to find a path to agreement, the three sources said. Russia has strong political and economic relations with both Saudi Arabia and the UAE.
“They have time to work out a decision, hopefully we will meet next week and the deal will be clinched,” one of the sources, from the Russian side, said.
The other two sources said that Gulf OPEC member Kuwait has also been working to reconcile the differences between Saudi Arabia and the UAE.
The United States is closely monitoring talks by OPEC and its partners and has had high level conversations with officials in Saudi Arabia and the UAE, the White House said on Tuesday.
Two different OPEC sources said there had been no progress in negotiations and no new meeting date suggested.
“There is no update at this stage,” one of them said.
The UAE on Friday accepted a proposal from Saudi Arabia to raise output in stages by about 2 million bpd from August to December 2021, but rejected an extension of cuts beyond April 2022, when the current agreement expires, without adjusting its baseline production – the level from which any cuts are calculated.
The UAE has suggested its production level at April 2020 as a new baseline, but Riyadh believes that could undermine the commitment of other members to their baselines since at that time many countries had increased output as a result of a price war between Saudi Arabia and Russia.
OPEC+ agreed last year to record output cuts of almost 10 million barrels per day (bpd), or about 10% of world output, as the coronavirus pandemic hit. The curbs have been gradually relaxed and currently stand at about 5.8 million bpd.