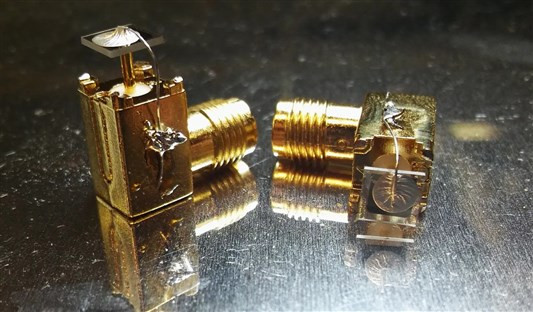 Nuclear power is considered a clean energy source because it has zero carbon dioxide emissions; yet, at the same time, it produces massive amounts of hazardous, radioactive waste that pile up as more and more reactors are built around the world.

Experts have proposed different solutions for this issue in order to take better care of the environment and people’s health. With insufficient safe storage space for nuclear waste disposal, the focal point of these ideas is the reutilization of the materials.

Radioactive diamond batteries were first developed in 2016 by a team of physicists and chemists from the Cabot Institute for the Environment of the University of Bristol and were immediately acclaimed because they promised a new, cost-effective way of recycling nuclear waste. In this context, it’s unavoidable to deliberate whether they’re the ultimate solution to these toxic, lethal residues.

The invention was presented as a betavoltaic device, which means that it’s powered by the beta decay of nuclear waste.

Beta decay is a type of radioactive decay that occurs when an atom’s nucleus has an excess of particles and releases some of them to obtain a more stable ratio of protons to neutrons. This produces a kind of ionizing radiation called beta radiation, which involves a lot of high-speed and high-energy electrons or positrons known as beta particles.

Beta particles contain nuclear energy that can be converted into electric energy through a semiconductor.
The radioactive diamond batteries are made using a process called chemical vapor deposition, which is widely used for artificial diamond manufacture. It uses a mixture of hydrogen and methane plasma to grow diamond films at very high temperatures. Researchers have modified the CVD process to grow radioactive diamonds by using a radioactive methane containing the radioactive isotope Carbon-14, which is found on irradiated reactor graphite blocks.

Diamond is one of the hardest materials that humanity knows — it’s even harder than silicon carbide. And it can act as both a radioactive source and a semiconductor. Expose it to beta radiation and you’ll get a long-duration battery that doesn’t need to be recharged. The nuclear waste in its interior fuels it over and over again, allowing it to self-charge for ages.

Previous Russia’s War has Sparked a Coal Renaissance
Next EIA: China Increased both Natural Gas Imports and Domestic Production in 2021