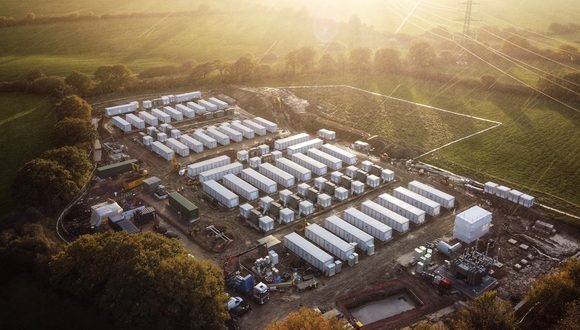 Shell announced yesterday that it has switched on a 100MW battery system in a village in Wiltshire that it claims is the largest in Europe.
The oil and gas major said the grid-connected storage system will play a significant role in helping to balance UK electricity demand, and would be able to provide electricity for up to 10,000 homes a day before it needs recharging.
The storage system consists of two 50MW batteries and is the largest operating in the Dynamic Containment market set up by National Grid ESO last year to manage sudden frequency issues across the grid, according to the update.
The project was developed by UK energy storage firm Penso Power and funded by China Huaneng Group and China’s state-owned CNIC Corporation, with Shell Energy Europe Limited signing a multiyear offtake agreement in early 2020 to trade all the power from the storage system.
David Wells, vice president at Shell Energy Europe, emphasised that grid-connected energy storage systems would play a major role as the net zero transition gathered place and the grid become increasingly dominated by renewables.
“Flexible storage and supply systems such as Minety have an essential role in balancing supply and demand – especially as renewable power sources become increasingly central to the UK’s energy needs,” he said. “We fully support the UK’s target of achieving a net-zero emissions society by 2050. Projects like this will enable that transition.”
The battery is being optimised and controlled by Limejump, the energy technology company bought by Shell in 2019 that specialises in a range of demand response services, including trading power between renewable generators and batteries.
With the addition of the 100MW battery in Wiltshire, Limejump now manages more than 400MW of responsive assets, Shell said.
In a statement, Shell reiterated that it aimed to make power a “significant business” that would sit along its oil, gas and chemicals arms.
The latest development from Shell comes a fortnight after the company announced it had switched on a 10MW hydrogen electrolyser in a chemicals plant near Cologne in south west Germany. Shell said the electrolyser – billed as Europe’s largest – could deliver up to 1,300 tonnes of green hydrogen a year produced using renewable energy.
The oil company confirmed that plans are under way to expand capacity of the electrolyser to 100MW at the Rheinland site, where Shell also intends to produce sustainable aviation fuel (SAF) using renewable power and biomass in the future.