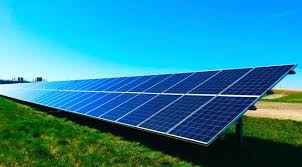 Solar and wind generated 30% of Britain’s electricity in 2020 according to Drax’s latest Electric Insights report.
This was an increase of a sixth on 2019, with solar and wind suppling over 100TWh of electricity.
Last year was a bumper year for solar generation, breaking a number of records including peak generation hitting a high in April of 9.68GW. Similarly, wind had much to celebrate in 2020, including output hitting an instantaneous peak of over 17.4 GW according to Drax’s report.
Collectively renewables generated more than fossil fuels for the first time last year, with Dr Iain Staffell of Imperial College London, lead author of the quarterly Electric Insights report 2020, hailing it as a step “closer to the power system of the future”.
“The next steps we must take towards a net zero power system will be more challenging – driving out the last sources of fossil carbon will require us to go beyond just having more wind and solar power. New business models, backed by policy and investment, will be needed to bring advanced-but-proven technologies into the mainstream.
“This means that the electricity used in homes, hospitals, offices and factories could even be carbon negative – sourced from a range of low, zero carbon and negative emissions technologies.”
Emissions were down significantly in the electricity sector, falling 16% year-on-year, although this was largely due to the reduced demand caused by COVID-19. In particular during Britain’s first lockdown, demand plummeted to record low levels as factories, shops and other workplaces closed.
The suppressed demand and high renewable generation also saw electricity prices fall to their lowest in 15 years. But with system balancing pushed dramatically, fossil-fuelled power stations earned 25% more per unit of output over 2020 than wind and solar farms, as National Grid ESO turned to them for flexibility and frequency services.
Similarly, as the operator worked to balance high generation, curtailment doubled at a cost of over a quarter of a billion pounds.
The Drax Electric Insights report 2020 follows similar reports from National Grid ESO and Ember and Agora Energiewend, which also pointed to the dramatic success of renewable energy in 2020, as well as analysis from EnAppSys that suggested solar generation grew by 2.29% in 2020.

Previous Oil Prices on the Rise amid Frosty Weather in Texas, Possible Norway Strikes
Next Gazprom’s Exports to Europe Fell by 12% in 2020