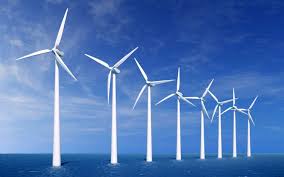 The South Korean Government has announced plans to build a 6GW floating offshore wind farm off the coast of Ulsan by 2030.
President Moon Jae-in said that the project would require a KRW36tn ($32.8bn) investment and would create 210,000 jobs in the region.
The wind facility is planned for the site of the Donghae 1 gas field, which is due to cease production next year.
Some of the power produced at Donghae 1 will be used to power a 100MW electrolyser plant, which is being developed under a different project.
The project site is located 58km off the coast of Ulsan, the city considered to be the industrial heart of South Korea.
Korea National Oil Corporation, Korea East-West Power and Equinor have selected the site for the construction of a 200MW ‘demonstration’ floating wind farm.
Upon completion, the floating wind farm will generate enough renewable energy to power 5.76 million homes in South Korea and offset 9.3 million tonnes of carbon emissions a year.
Jae-in suggested that some of the clean energy produced could be used for green hydrogen production, saying that 20% of the power generated could deliver 84,000t of green hydrogen.
The government has agreed to provide an investment of more than KRW1.4tn ($1.2bn) for the project’s first stage by 2025.
In February, the government announced plans to build an 8.2GW offshore wind facility by 2030, with a KRW48.5tn ($43.2bn) investment.
Located offshore from Sinan County in South Jeolla Province, the facility would be the world’s largest single offshore development upon completion.
According to Reuters, the project forms part of the government’s efforts to encourage economic recovery from the Covid-19 pandemic, as well as a significant component of Jae-in’s Green New Deal.
The two projects will help the government to meet its target of generating 12GW of offshore wind by 2030.

Previous Fire at Kuwait’s Largest Oilfield Is Latest in Series of Blazes at Oil Sites Across Middle East, but ‘No Impact on Production’
Next Iran Produces Oil-Based Ozone Generator