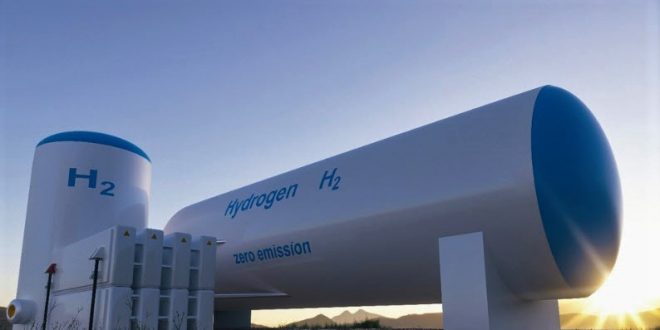 Europe’s largest port is involved in a study that looks at shipping hydrogen using existing infrastructure.
Port of Rotterdam Authority, Koole Terminals, Chiyoda Corporation and Mitsubishi Corporation have signed an agreement on a joint study on the feasibility of a commercial-scale import of hydrogen from overseas sources to one of Koole’s terminals in the port of Rotterdam utilising Chiyoda’s proven hydrogen storage and transportation technology called SPERA Hydrogen.
Rather than transporting the cargo at minus 253 degrees on dedicated liquefied hydrogen carriers, it is possible to chemically combine hydrogen with toluene to create methylcyclohexane (MCH), a liquid which can be transported under ambient temperatures and pressure in existing chemical carriers.
Last year, Chiyoda Mitsubishi Corporation, Mitsui & Co and Nippon Yusen Kaisha successfully completed the demonstration project of a long distance transportation and storage of hydrogen using Chiyoda’s SPERA Hydrogen technology by producing MCH in Brunei, shipping it to Japan and shipping toluene back to Brunei.
viable.
This latest feasibility study is expected to take one year with the companies involved stating their ambition to import up to 200,000 tons of hydrogen by 2025.
Rotterdam port is heavily invested into hydrogen. It is working with German utility Uniper to produce green hydrogen at its Maasvlakte port complex while also developing a hydrogen supply chain for German steelmakers Thyssenkrupp and HKM. It is also backing hjydrogen-powered trucking and inland shipping initiatives.