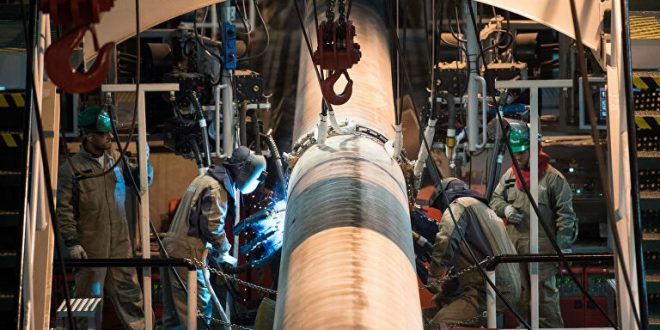 The TAPI (Turkmenistan – Afghanistan – Pakistan – India) transnational gas pipeline project is considered as an important component of economic development in Turkmenistan, head of the Central Asia sector at the Institute of World Economy and International Relations of Russian Academy of Sciences (IMEMO RAS), Dina Malysheva told Trend.
She noted that TAPI is important not only for Turkmenistan, but also for the countries located along this gas pipeline route.
At the same time, she added that some factors may prevent the favorable use of this gas pipeline, in particular, the international situation in the areas of the proposed passage of the gas pipeline (Afghanistan) was pointed out.
The Turkmenistan–Afghanistan–Pakistan–India Pipeline (TAPI), also known as Trans-Afghanistan Pipeline, is a natural gas pipeline being developed by the Galkynysh – TAPI Pipeline Company Limited with participation of the Asian Development Bank.
The pipeline will transport natural gas from the Galkynysh Gas Field in Turkmenistan through Afghanistan into Pakistan and then to India. Construction on the project started in Turkmenistan on 13 December 2015.
Construction of the Turkmenistan–Afghanistan–Pakistan–India (TAPI) gas pipeline continues on the Turkmen side. The length of the Turkmen section of the TAPI pipeline, the construction of which was launched in December 2015, will be 205 kilometers (the main operations are carried out on the 120th kilometer). The pipeline will pass through the Afghan cities of Herat and Kandahar (816 kilometers), through the cities of Quetta and Multan across Pakistani territory (819 kilometers), and reach the city of Fazilka in India.
The pipeline’s design capacity is planned to be 33 billion cubic meters of gas per year, and the project’s cost – about $8 billion.