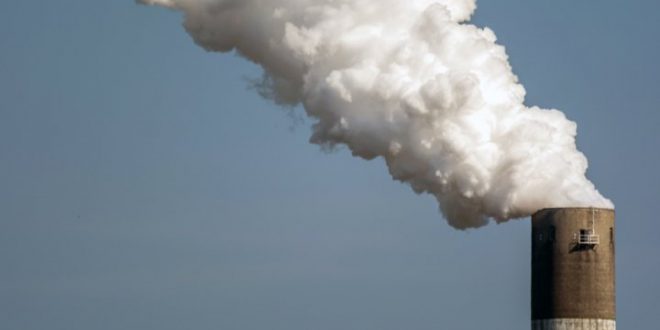 The EU Unveils a New Plan to Curb Methane Emissions

The European Commission unveiled on Wednesday proposals to curb methane emissions and reduce leaks in the energy sector in the European Union (EU) as part of efforts to put the bloc on a path to climate neutrality by 2050.
Methane is a powerful greenhouse gas, second only to carbon dioxide in its overall contribution to climate change and responsible for about one-third of the current climate warming. Although it remains in the atmosphere for a shorter period than carbon dioxide (CO2), on a molecular level, methane has a much higher global warming potential than CO2.
Under the legislation proposed by the Commission today, oil and gas operators in the EU will be obliged to monitor, report, and verify methane emissions. The legislation largely spares companies operating outside the EU that supply most of the bloc’s fossil fuels.
The Commission’s proposal is aimed at further effective mitigation of methane emissions across the energy supply chain.
“The options include Commission guidance or mandatory measures on mitigation of methane emissions in the oil and fossil gas sectors,” the proposal reads.
The proposed legislation does not extend to infrastructure transporting natural gas to the EU, Reuters notes.

Green EU politicians have criticized the lack of methane emission-reduction legislation for imports of fossil fuels into the EU.
Earlier this year, the United States and the European Union called on the world to join a global initiative for a significant reduction in methane emissions, as major economies proceed with plans to tackle the worst effects of climate change.
“Rapidly reducing methane emissions is complementary to action on carbon dioxide and other greenhouse gases, and is regarded as the single most effective strategy to reduce global warming in the near term and keep the goal of limiting warming to 1.5 degrees Celsius within reach,” the EU and the U.S. said in September.
At the COP26 climate summit last month, the Global Methane Pledge was signed by 105 countries, but not by China, India, or Russia, which, combined, generate around a third of global methane emissions. Not only are some of the biggest polluters out of the pledge, but it also lacks mechanisms to hold countries accountable as the reductions are non-binding and non-country specific.