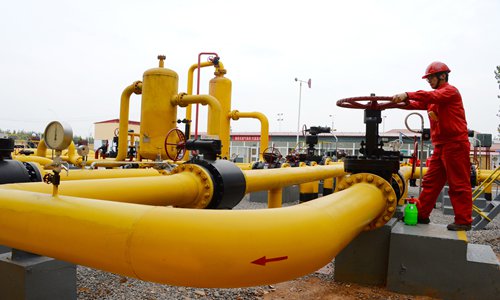 The U.S. Administration is in talks with energy companies and major gas-producing countries globally about the potential for a large supply of natural gas to Europe in case Russian deliveries are interrupted if Russia invades Ukraine, U.S. officials with knowledge of the talks told CNN.
Russia, which supplies over one-third of the natural gas that Europe consumes, could weaponize gas deliveries if the West imposes sanctions on Moscow over a possible invasion of Ukraine, European allies of the United States fear. In addition, in the event of military action and subsequent energy sanctions against Russia, Europe will be hit the first and the most, including in its gas supply from Russian gas monopoly Gazprom, analysts say.
The standoff between Russia and the West over Ukraine continues amid the Russian military buildup on the border with Ukraine. On Monday, the U.S. Department of State authorized the voluntary departure of U.S. government employees and ordered the withdrawal of family members of U.S. government employees at the U.S. Embassy in Kyiv, Ukraine, effective immediately.
Amid the continued threat of possible Russian aggression against Ukraine, the Biden Administration is seeking to reassure Europe about its natural gas supply at a time of record-high gas and power prices amid low gas inventories and lower-than-normal supply from Russia.
Norway and Qatar, major gas producers and exporters, are among the countries with which the U.S. has been holding discussions about higher supply to European customers, according to CNN’s sources.
Earlier this month, Reuters reported, citing industry sources and U.S. officials, that the Biden Administration has been looking at contingency plans for alternative supply to Europe if a Russian invasion of Ukraine disrupts gas flows to Europe.
The international energy companies approached by the U.S. told officials that natural gas supplies globally were tight, and there wasn’t too much gas available to replace Russia’s large amount of supply, the industry sources told Reuters.