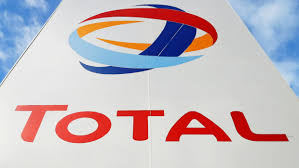 This latest discovery follows previous discoveries at Maka Central, Sapakara West, and Kwaskwasi announced in January, April, and July 2020, respectively.
Total said on Thursday that the well was drilled by a water depth of about 725 meters and encountered a total of 63 meters net pay of hydrocarbons.
This comprised of 58 meters net black oil, volatile oil, and gas pay in good quality Campano-Maastrichtian reservoirs, along with 5 meters of net volatile oil pay in Santonian reservoirs, where wireline logging has just been performed.
Drilling is still ongoing for deeper Neocomian aged targets, the French company added.
“We are delighted to announce this new discovery, which confirms this first exploration campaign as a full success and adds to the proven resource base”, said Kevin McLachlan, Senior Vice President Exploration at Total.
“We are also excited, as new operator of the block, to start the appraisal operations designed to characterize the 2020 discoveries, while in parallel start a second exploration campaign on this prolific block in 2021”.
Total assumed operatorship of Block 58 on 1 January 2021, with a 50 per cent working interest following a deal with Apche made in December 2019.
According to Total, upon completion of the operations on Keskesi East-1, the Noble Sam Croft drillship will be released.
Total has already secured new rigs for further Suriname drilling. The French company in November 2020 hired two Maersk Drilling-owned rigs for an exploration and appraisal project in Suriname’s Block 58.
The campaign is expected to start in early 2021, with an estimated firm combined duration of 500 days. The estimated firm total contract value is approximately $100 million.