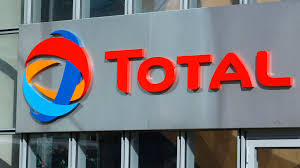 The French oil major plans to boost annual investments in renewables and electricity by $1bn, although gas will remain a key source of revenue
Fossil fuel giant Total this week became the latest oil major to announce a major pivot towards clean energy, outlining plans to hike investments in renewable energy and electricity by 50 per cent as it works towards becoming one of the world’s top five renewable power producers.
The French firm said it would grow annual investments in renewables and electricity from $2bn today to $3bn by 2030, as it responds to forecasts of diminishing long-term oil demand. It also announced a target to have 35GW of gross renewable energy production capacity by 2025, up from a previous target of 25GW, adding that 70 per cent of this total was already in the pipeline via projects currently under construction.
However, gas will remain a key source of revenue, the firm said, with total LNG sales expected to double over 2020-30. The new strategy was outlined in a webcast presentation on Wednesday, in which Chief Executive Patrick Pouyanne emphasised that “diversifying activities… increases resilience and offsets oil price volatility.”
It follows Total’s acquisition earlier this week of Source London, the UK capital’s largest electric vehicle charging network.
Like other oil majors, Total has been heavily affected by the coronavirus pandemic, cutting its annual spending from $15bn to $12bn. The move follows similar announcements from other oil majors, with Shell planning to cut up to 9,000 jobs, and BP to cut 10,000.
Both Shell and BP have also responded to pressure to reduce their reliance on fossil fuels, outlining plans that go far beyond that sketched this week by Total. BP recently committed to cutting the oil and gas it produces by 40 per cent and increasing annual investment in low carbon technologies 10-fold by the end of the decade. Shell is aiming to cut the net carbon footprint of the energy products it sells to its customers by 65 per cent by 2050, and by 30 percent by 2035.