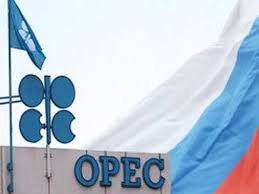 Turkey’s Foreign Minister Mevlüt Çavuşoğlu on Friday accused the United States of bullying its ally Saudi Arabia after OPEC+ announced oil production cuts despite Washington’s objections.
Earlier this month, OPEC+ announced that it will cut oil production by 2 million barrels a day, starting in November, in a move that would limit supply in an already tight market despite pressure from the United States and other nations to increase production.
The announcement prompted U.S. President Joe Biden to say such a move would lead to “consequences” for U.S. relations with Saudi Arabia.
“We see that a country has threatened Saudi Arabia, especially recently. This bullying is not correct,” Sözcü newspaper cited Çavuşoğlu as saying at a press conference in southern Turkey on Friday. “We don’t think it’s right for the United States to use it as an element of pressure on Saudi Arabia or any other country in this way.”
Çavuşoğlu’s remarks arrive amid a normalisation of Ankara-Riyadh relations, ruined by the murder at the Saudi consulate in Istanbul and deep differences over regional policies, among other issues.
Washington is looking for Saudi Arabia and OPEC partners to increase oil production in a bid to drop high gasoline prices and ease U.S. inflation, which has hit a four-decade high.
The OPEC+ alliance, in its statement announcing the cuts – marking the largest cut in production since the start of the Covid-19 pandemic – cited the “uncertainty that surrounds the global economic and oil market outlooks.”
The decision by the oil cartel and its allies, announced in Vienna, follows the spike in oil and gas prices this summer amid the Russian invasion of Ukraine.
Prices trended downward from July to mid-September, as Biden sought to reduce gas prices, and stress on Americans’ wallets, ahead of the U.S. midterm elections in November.
Saudi Foreign Minister Prince Faisal bin Farhan has said the unanimous OPEC+ decision was purely economic.
Saudi Arabia has denied taking sides Russia’s invasion of Western-backed Ukraine and insisted it had maintained a “principled position” in support of international law.