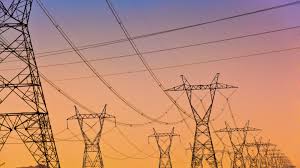 Turkey is undergoing massive power cuts to industrial customers this week at an unprecedented level never seen before after the country’s natural gas supplies dipped following a disruption of imports from Iran. Major industrial zones and clusters and major production sites, including those of foreign car manufacturers, are being hit by power outages after Iran said at the end of last week it would halt natural gas exports to Turkey for ten days, due to technical issues.
On Friday, Iran announced that gas flows were restored, but Turkey said supplies were very low and at low pressure.
“The system is being disrupted due to the low amount and pressure. The compressor stations on the Turkey side are ready, operational, and there are no technical issues on the Turkish side,” a Turkish official told Reuters on Friday.
Gas supply from Iran to Turkey has yet to fully resume, which puts major industries under power cuts this week, according to Turkey’s main electricity distribution company TEIAS, cited by Bloomberg.
As of Monday, Turkey’s industrial production will stop completely for at least three days, Daily Sabah reported on Sunday.
Gas accounts for more than half of the country’s electricity generation, and Iran’s halting of flows comes at a time of surging gas imports for Turkey, which have become much more expensive due to the crumbling Turkish currency, the lira.
Carmaker Renault has already announced it would halt production at its plant in Bursa for 15 days, according to reports in Turkish media cited by Bloomberg.
“The zones are currently making extraordinary efforts to manage this process and to keep the production losses of our industrialists to a minimum,” Memi? Kütükcü, head of the Supreme Organization of Organized Industrial Zones (OSBÜK), told Daily Sabah.
“However, despite this, we know that power cuts experienced at a time when production and exports are accelerating will harm the economy and industrial production,” he added.