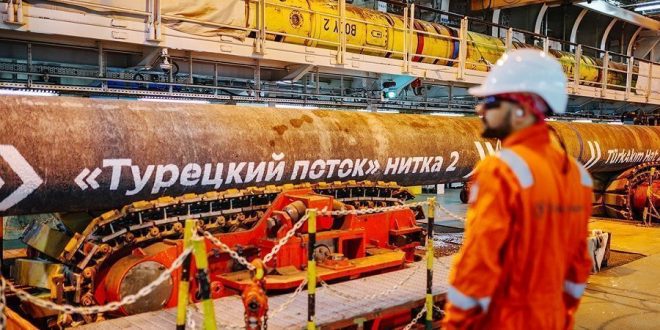 The works will be carried out by South Stream Transport B.V., the operator of the offshore pipeline system.

TurkStream consists of two 930-kilometer-long (578-mile-long) offshore lines stretching from Russia to Turkey across the Black Sea, and two 142 and 70 kilometers separate onshore lines.
The project has a total capacity of 31.5 billion m3 (bcm).
Over 5.8 bcm of Russian gas was transferred to Europe from Turkey via the TurkStream natural gas pipeline in 2020.

Turkey is one of the main buyers of Russian natural gas.
The cooperation in the gas sector dates back to 1984 when the Turkish Government and the Soviet Union signed the Agreement on natural gas supplies to Turkey.

Turkey is currently importing approximately 50 % of its gas needs from Russia, making Ankara the 2nd most valuable market for Russian gas after Germany.
Since bringing Turkish Stream into operation, Gazprom has increased the gas pipeline’s utilization rate by 2.2 times, including a 2.5-fold growth in utilization for European consumers.