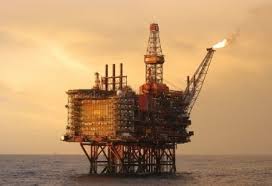 U.S. Cuts Forecast for 2020 Oil Output Ahead of OPEC+ Meeting

The U.S. cut its oil output forecast by more than one million barrels a day, days before OPEC and other producers meet to discuss a global deal to stem an unprecedented collapse in prices.
Production will average 11.76 million barrels a day in 2020, down from an expected 12.99 million, the Energy Information Administration said on Tuesday.
The report was released as President Donald Trump, who has been trying to broker a deal between Saudi Arabia and Russia, faces pressure from his counterparts to join in any supply cuts, after prices plunged to their lowest levels in almost two decades. However, Trump said on Monday that U.S. producers were already scaling back in response to the market, suggesting he wouldn’t join in on any formal cuts.
“The U.S. oil industry is being wrestled to the ground by the Russians and Saudis,” Michael Lynch, president of Strategic Energy and Economic Research in Winchester, Massachusetts, said before the report was released. “Involuntary participation is the best way to put it.”
The market rout — spurred by coronavirus-related lockdowns and a price war for market share between the Saudis and Russians — has already forced shale explorers to pare back their budgets. With storage rapidly filling up and nowhere for excess barrels to go, some companies are already starting to shut in wells.