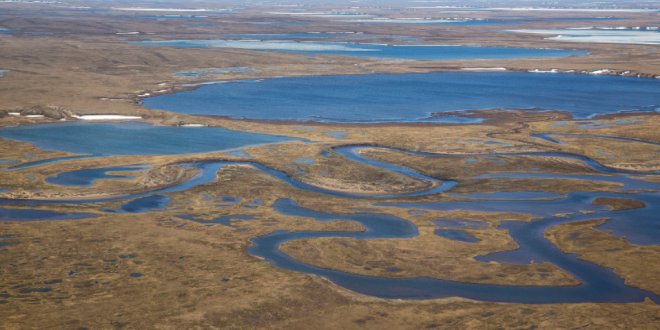 The Biden administration on Monday reversed a Trump administration plan that would have allowed the government to lease more than two-thirds of the country’s largest swath of public land in Alaska to oil and gas drilling.
This rollback of the Trump-era plan will remove nearly 7 million acres from possible development while still keeping about 12 million acres on the table.
This also brings the land use plan more in line with the 2013 Obama-era plan for the 23-million-acre (9.3 million hectares) reserve on Alaska’s North Slope, the agency said in a statement, according to CNBC News.
One big difference in the earlier Obama plan as compared to Trump’s plan is that Trump’s plan would have allowed oil development on more than 80 percent of the reserve, as compared to Obama’s plan for about half the reserve.
Trump’s plan would have allowed leasing even at Teshekpuk Lake, the North Slope’s largest lake and an area prized for wildlife that had been protected under rules dating back to the Reagan administration.
Trump’s plan was challenged by two lawsuits filed in the federal court in Alaska. No lease sales were ever held under it. The move to reinstate Obama-era management policies was part of the Interior Department’s response to those lawsuits.
The reserve’s eastern section includes land containing a large new oil prospect owned by ConocoPhillips that has been delayed following legal action brought by conservation groups. The Biden administration had backed the project in court, reports the Anchorage Daily News.
As Reuters notes, Alaska’s oil production has been declining for decades and reached a 45-year low last year.
After peaking at more than 2 million barrels of daily crude production in 1988, Alaska’s oil output has been waning, hurt by reduced investment and better opportunities in the shale fields in other states.
In 2021, the state produced just 437,000 barrels of oil a day, according to the U.S. Energy Information Administration.