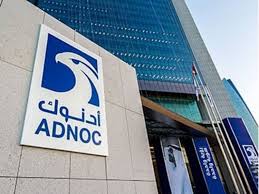 ADNOC, the Abu Dhabi state oil company, Adu Dhabi Investment Holding, and Mubadala Investment Co., two state investment funds, have teamed up in an Abu Dhabi Hydrogen Alliance to develop hydrogen production and export capabilities, joining a growing number of businesses betting on hydrogen, Argus reports citing Emirati media.
Bloomberg reports Adnoc and Mubadala will produce hydrogen both from natural gas—blue hydrogen—and from renewable energy—green hydrogen—and export it globally. The move reflects the growing prominence of hydrogen as a member of the world’s future energy mix even though the production of green hydrogen—the ultimate goal of agenda setters—is still a lot more expensive than green or grey hydrogen, produced from natural gas and coal.
“While we explore green hydrogen opportunities through the Alliance, Adnoc will place special emphasis on pursuing blue hydrogen projects by expanding on its existing hydrogen capacity, leveraging its significant gas reserves and best-in-class infrastructure, as well as its extensive customer relationships to help advance the hydrogen industry, both domestically and internationally,” Argus quoted Adnoc’s chief executive, Sultan Al-Jaber as saying.
The fact that it’s a major oil producer that is betting on hydrogen is telling. In this respect, Abu Dhabi follows in the footsteps of the UAE’s bigger ally, Saudi Arabia, which last year unveiled what should become the world’s largest green hydrogen project. The facility, which will also produce ammonia, will be worth $5 billion, and be powered by a 4-GW combination of wind and solar farms in the NEOM smart city—the Kingdom’s most ambitious economic transformation effort so far.
According to Bloomberg, like Saudi Arabia, the UAE is well positioned to benefit from its natural gas reserves, which it can use to produce blue hydrogen, and its location in a region with abundant sunshine, which means serious solar power potential to use to produce green hydrogen.
ADNOC is already producing hydrogen, at about 300,000 tons annually. It uses the chemical in its downstream operations, Bloomberg notes. The company now plans to boost this output to mover 500,000 tons annually