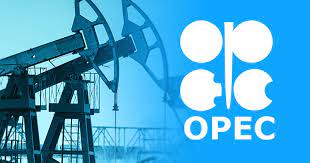 The United Arab Emirates believes that OPEC+ made the right technical choice when it agreed to cut production, and the unanimous decision had nothing to do with politics, UAE Energy Minister Suhail al-Mazrouei said, according to Reuters.
“We fully trust and believe in the technical credibility of OPEC and OPEC+. We always meet and discuss the facts based on our analysis of the market and how we can all contribute to taking the right measures to balance the supply and demand, and that decision is always taken unanimously and the last decision was taken on the same logic,” Mazrouei told reporters. “I would like to reiterate that there is nothing political about any decision we take in OPEC.”
The move drew sharp criticism from the Biden administration ahead of the November midterm elections in the United States, which said it would have “consequences” for U.S. relations with Riyadh.
The United States stressed that the cut would “increase Russia’s foreign revenues and reduce the effectiveness of sanctions.”
Mazrouei said the OPEC+ decision stabilized prices, not raised them, adding that the lack of stability discouraged investors.
Prices have been stabilising and actually if you look at October 2021 before anything – before all the crises, the geopolitical ones – you would see we are in the same price environment,” the Emirati minister said. He expressed concern that many oil producers have lost capacity due to lack of investment.