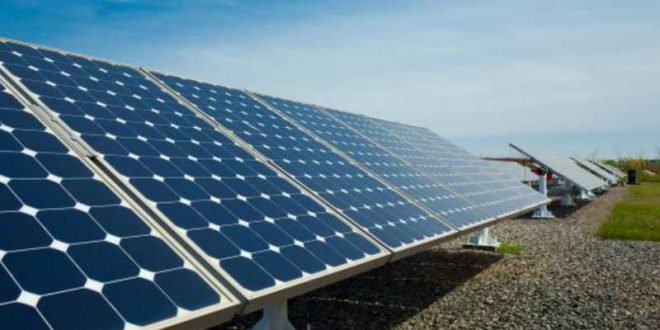 Boom in solar panel demand is clouded by supply chain disruption, a fragmented industry as well as ethical issues, reports EURACTIV’s media partner, The Guardian.
“It’s hot,” says Steve Springett, a director of the renewable energy brand Egg, cheerily assessing the solar market. “There’s two key factors: people are understanding the environmental benefits of it better, and energy is really, really expensive at the moment.”
Consumer interest has increased in recent months as Britons hunt for ways to cut huge energy bills. A reduction in VAT on energy efficient systems from 5% to nothing this spring has added to the appeal of solar power.
The number of eBay searches for solar panels and solar power batteries increased by 54% and 134% respectively in June, compared with same period last year. Consumers are also increasingly hunting for smart meters as they try to keep a handle on their energy use.
Murray Lambell, the general manager of eBay UK, says: “As the cost of living crisis hits, shoppers are seeking out savvy investments to keep energy costs low wherever they can. Many are choosing green energy options as a solution that’s good for their wallet and the planet, and we’ve seen a significant surge in demand for products like solar panels and batteries as a result.”
The boom is the latest in an industry so known for its unpredictable fortunes that it has been called the “solar coaster”. The name emerged from peaks and troughs created by the government’s “feed-in tariffs”, through which householders received payments for the electricity generated by eligible systems to incentivise their uptake.
A rush of installations took place on the eve of each deadline before payments would become less generous, followed by a fallow period. The closure of the scheme to new applicants in March 2019 drained some of the buoyancy from the market. Industry watchers say the market had become more stable since the scheme ended – until this year.
Data from the consumer credit reporting company Experian shows that about 1.9m households intend to install solar panels or other renewable capabilities this year.
Springett says the huge increase in energy bills could reduce the time it takes to recoup the cost of an installed system, coming down from “double-digit years” to more like seven, depending on size and location of the property. Warranties usually last for 25 years and the panels – also known as photovoltaic cells – can last for up to 40 years. Costs typically vary between £5,000 and £15,000 for a family home, and applications to connect to the grid can take about three months.
“There’s a definite crossover between people who are getting solar panels, and electric cars and heat pumps. They want the whole package,” says Springett.
The clamour for panels is now so great that one senior industry executive says his company ran out of labour and materials to take new orders. “I tried to pass on inquiries to competitors to help out the customers only to find out they didn’t have the capacity to help them either. A lot of the installers went back to their professions, like electricians, when the feed-in scheme ended, and it’s hard to get them back,” he says.
The solar panel industry is noticeably fragmented in the UK, with few nationwide players. Ikea sold solar panels and batteries in the UK for two years before stopping in 2019, although it still sells them in Europe. Britain’s Solarcentury, which was founded by the oil geologist Jeremy Leggett, was bought by the Norwegian renewables specialist Statkraft in late 2020.
UK institutional investors have shown more interest in the industry of late. Shares in NextEnergy Solar Fund – which invests in large projects in the UK and Italy – have risen by 7% this year, valuing the London-listed investment company at £640m. In the US, John Burger, the founder and chief executive of Sunnova, recently said his company, which is one of the country’s biggest residential solar firms, had had its best ever day of sales. However, tightening regulations, tough markets and concerns over rising interest rates have pummelled the stocks of industry giants including First Solar and Sunrun.
For businesses, rising electricity bills – along with labour costs – have made solar panels an attractive investment.
The surge in consumer interest in installing solar panels has highlighted difficulties in sourcing them. A squeeze on global shipping capacity and freight rates triggered by the pandemic has led to a shortage of inverters, devices that convert the direct current created by the panels to alternating current used to power the home. The panels themselves are typically made in Asia, with a central hub in China.
During a parliamentary debate last week, the Conservative MP Nus Ghani noted that much of the production took place in Xinjiang, where China has been accused of potentially committing genocide against the Uyghur population. Xinjiang, officially an autonomous region of China, accounts for about 45% of the world’s supply of polysilicon, the key component of solar panels.
Asked about the sourcing of solar panels from China, the business secretary, Kwasi Kwarteng, said: “What’s happened over the last 20 years is that the Chinese have had a very strategic game, they could see which way the global economy was going and they essentially monopolised and gathered extensive capacity in their own hands, and we’re in a world now where we’re trying to get away from overdependence.”
Kwarteng has targeted a tripling in solar power by 2030, increasing capacity from 15 gigawatts now to 50GW. With further jumps in energy bills expected in October and again next year, consumer frenzy to pile in this summer could well set Britain on its way towards hitting that target.