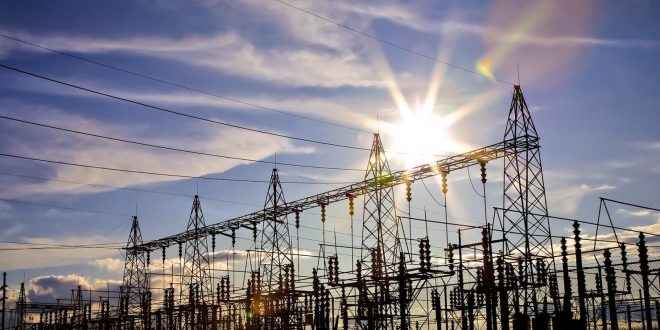 Ukraine hopes to make €1.5 billion from electricity exports to the European Union by the end of the year and earn to more in the future after obtaining the right to export its energy there, a Ukrainian energy ministry adviser said on Wednesday (8 June).
Former Soviet Ukraine’s electricity grid began planning to decoupling itself from the Russian and Belarusian grid in 2014 after Russia annexed Crimea. It was testing the system’s autonomy in February when Russia invaded, which prompted Kyiv to fully disconnect 2.5 years earlier than planned.
Ukraine applied in March to join European energy system ENTSO-E as soon as possible and on Tuesday it received the right to export its energy to Europe, Ukrenergo said on Wednesday (8 June).
Kadri Simson, the EU’s energy commissioner, hailed the decision as an “important step” in the integration of Ukraine’s electricity sector to the European power market and a “tangible sign” of the EU’s solidarity with Ukraine.
“I welcome the decision by the European TSOs to open electricity trade with Ukraine, following the successful emergency synchronisation in March,” Simson said in a statement.
“The process will be gradual and done under clear conditions agreed with our Ukrainian partners, so that the energy security for the region will be ensured,” she added.
All the required Ukrainians lines are ready to export electricity to Romania, Hungary, Slovakia and Poland, said Lana Zerkal, an adviser to the energy minister, in an interview with the Suspilne public television channel.
“By the end of the year, under normal circumstances, we will be able to earn about €1.5 billion,” she said, adding that Ukraine’s system was working in sync with the European Union’s system.
“We started this in March, and now the EU is opening up to us the technical opportunity to start commercial flows and make money from it. It is very important to us that … despite the war we were able to do it 2.5 years earlier than planned,” she said.