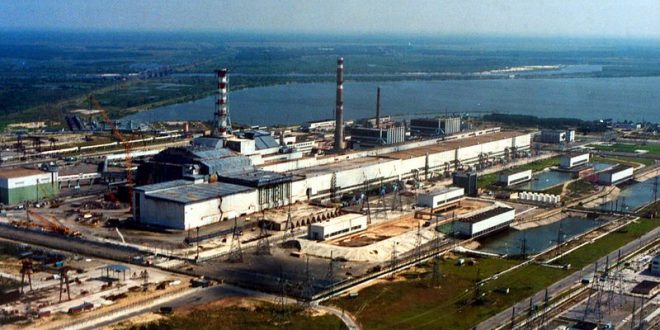 The International Atomic Energy Agency (IAEA) has been notified by Ukraine that it is examining the possibility to resume regulatory control of the Chornobyl Nuclear Power Plant (NPP), after the withdrawal of the Russian military from the site.
Ukraine also informed IAEA that it is also planning to rotate staff members at the Chornobyl NPP but did not specify any date.
Last week, Ukraine told IAEA: “Russian forces were leaving the Chornobyl NPP after controlling the site for five weeks. The withdrawal was confirmed by senior Russian officials at a meeting with Director General Grossi in the Russian city of Kaliningrad on Friday morning.
“Ukraine later told the IAEA that while all Russian forces had left the NPP site, the situation in the Exclusion Zone around the plant was unclear.
“Many NPP staff live in the city of Slavutych outside the 30-kilometre Exclusion Zone set up after the 1986 accident.”
Russian military personnel entered the Chornobyl NPP 24 February, and later on 4 March the armed forces took control of Zaporizhzhya NPP, one of four operating nuclear power plants in the country.
IAEA Director General Rafael Mariano Grossi intends to head an IAEA assistance and support mission to Chornobyl as soon as it is possible. The team of IAEA will provide both on-site and off-site technical assessment and advice. Additionally, the team will also offer safety equipment, where needed.