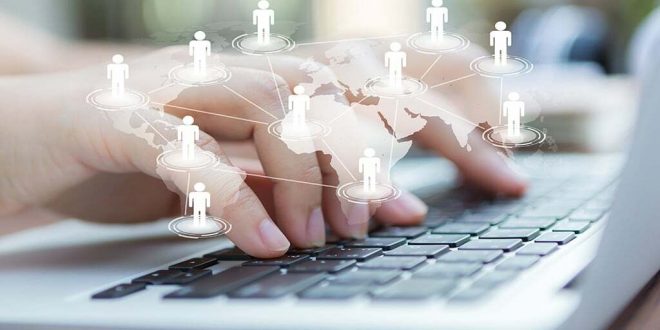 Ukraine’s IT sector is booming despite the Russian invasion. Workers with stickers on their laptops recline on beach chairs outside a warehouse for start-ups in the west Ukraine city of Lviv giving off major Silicon Valley vibes.
But the atmosphere inside is different.
Through the glass doors of the complex, young Ukrainians zig-zag between stacks of bulletproof vests and cardboard boxes filled with helmets ready for the front.
They are part of Ukraine’s burgeoning tech sector which was forced to adapt after Russia’s invasion and has become key to supporting the war effort.
“Most tech companies had developed contingency plans” in case of war said Stepan Veselovskiy, the head of the “IT Cluster Lviv” community.
He told AFP that companies transferred servers to secure locations and established back-up systems outside the country before Russia invaded on February 24.
When Russian bombing started, IT companies shut offices in the capital Kyiv and eastern city of Kharkiv and engineers found refuge in western Ukraine or Poland next door.
Veselovskiy said there were already around 500 tech companies in Lviv before the war but now estimates that 80 percent of the sector is in the western city.
One is Infopulse, which provides various digital services to mainly European customers.
It brought 300 of its 2,300 employees to Lviv, where it has offices in one of the city’s few buildings equipped with a bunker.
There are bunk beds and stable internet underground so employees to continue working in the event of an air raid.
There are also generators in case Russian forces target power stations and terminals for Elon Musk’s Starlink internet service.
“Even in the most drastic conditions, business can continue,” regional manager Ivan Korzhov said.
They can even thrive.
Since the start of the war, Infopulse has gained four new customers and in April — the second month of the Russian invasion — it created 25 new jobs in Ukraine.
It is not the only tech company in Ukraine to do so.
Veselovskiy says February — when Russia attacked — was a historically good month for Ukraine’s tech sector and its estimated 200,000 employees.
“It slowed down a bit in March, but we are very optimistic for the future because the war doesn’t stop us from growing,” he said.
This is a stark contrast to other industries, battered by the invasion. Exports for traditional sectors such as steel and agriculture have collapsed.
But the tech sector, naturally, has not been affected by the destruction of bridges, roads or the blocking of ports.
It has, according to Veselovskiy, made more than $2 billion since the start of the war and has become the country’s leading exporter.
“It’s a good thing for Ukraine because we generate income in dollars every month when the country really needs it,” Korzhov said.
“We pay our taxes and give a lot of money” to the government.
The IT Cluster Kyiv has already allocated $2 million, mainly to buy equipment for Ukrainian soldiers.
That’s how its offices ended up looking like an army depot. The sector has also offered its brightest to help the military.
Softserve — one of Ukraine’s biggest tech companies — has worked on the military’s websites for free and IT Cluster Kyiv modernised one of the military’s command centres.
Infopulse also participates in a joint project by the Ukrainian army and the ministry of digital transformation. “Specialists in tech and cybersecurity work with the government on the information front,” its regional manager Korzhov said. He then repeated a popular slogan in Ukraine: “We are not waiting for peace, but for victory.”

Previous Bosch to Develop Technology for Hydrogen Generation
Next Iran, Venezuela can have Win-Win Oil Cooperation