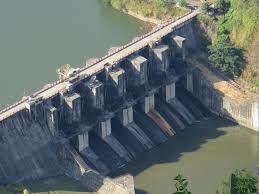 US, China will Cooperate on Hydropower Plant in Turkey

Turkey will collaborate with China and United States to build a pumped-storage hydropower plant in the Isparta province, in the western Anatolian region, Anadolu reported General Electrics General Manager Marwan Al Roub saying.
“The pumped-storage hydropower plant will provide important capacity toward Turkey’s renewable energy potential,” Al Roub stated.
The giant hydropower plant will be built at Egirdir Lake in Isparta by mid-2026. With an area of 482 square kilometres, it is the fourth largest lake in Turkey.
It is also stated that the system at Egirdir would also be complementary to the Akkuyu nuclear power plant, which is planned to come online in 2023.
Turkey has wanted to fully utilize local and renewable energy sources efficiently to support its development.