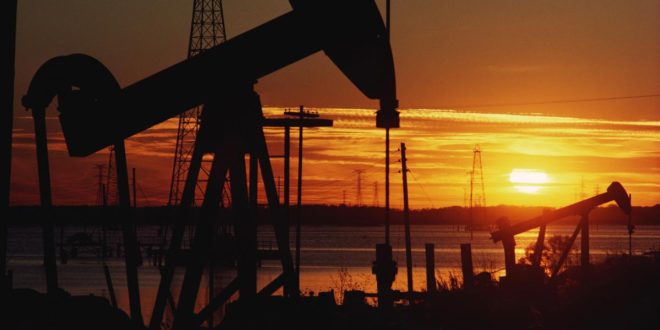 US futures surged past $30 per barrel for the first time in two months as OPEC+ output cuts and production shut-ins among independent producers rebalanced a market hit hard by the coronavirus pandemic.
West Texas Intermediate, the key US gauge, was up 4.52 per cent at $30.76 per barrel. Brent, the international crude benchmark, was up 3.35 per cent at $33.59 per barrel at 9.41am UAE time.
WTI’s ascent above $30 is in sharp contrast to its performance during the same time last month when it plunged to a record low of -$40 per barrel close to the expiry of the May contract.
The oil market is far more balanced than last month when inventories were higher and fears of storage reaching capacity grew, exerting downward pressures on both benchmarks.
“It’s a far cry from the negative prices of a month ago that everyone understood wasn’t anything close to a proper valuation,” said Jasper Lawler, head of research at London Capital Group. “The surprise drop in US crude stockpiles last week means storage is no longer the central issue.”
Collective action by the OPEC+ alliance, which agreed to cut 9.7 million barrels per day, has offered some relief to a saturated market. Saudi Arabia, the UAE and Kuwait also increased their voluntary commitments last week. Riyadh pledged to cut a further 1m bpd, bringing its output to the lowest in 18 years. Meanwhile, the UAE and Kuwait also said they would draw back 100,000 bpd and 80,000 bpd in June.
The “gradual re-opening” of global economies played a part in the oil market’s resurgence, noted Thirumalai Nagesh, economist at Abu Dhabi Commercial Bank.
“The demand for oil has improved with the resumption of economic activity. On the supply side, key GCC producers, including Saudi Arabia, [the] UAE and Kuwait have announced further production cuts to help markets recover from the deep supply glut conditions of April,” he said.
“Overall, the positive developments in both supply and demand side factors have helped improve oil market sentiment,” he added.