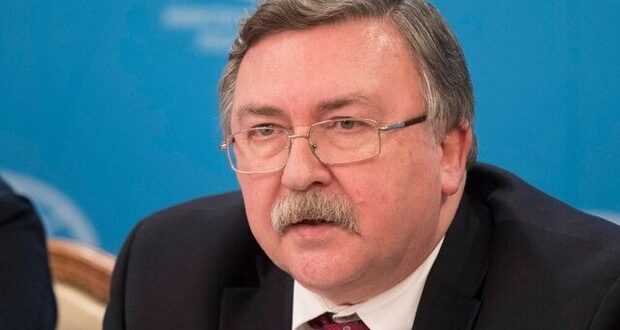 Rejecting the US claims on the nuclear deal with Iran, Russia’s Permanent Representative to the United Nations Mikhail Ulyanov said that many countries are of a different view.

In a Monday tweet, Ulyanov wrote, The majority of states are of a different view. They believe that #JCPOA was a masterpiece of diplomacy, a major contribution to strengthening the global #nonproliferation regime.

In the #IAEA Board of Governors US is practically in total isolation on this topic, he added in reaction to the remarks of Nile Gardiner, Foreign policy analyst and former aide to Margaret Thatcher who called withdrawing from the disastrous Iran nuclear deal as one of the best foreign policy decisions taken by a US President in decades. 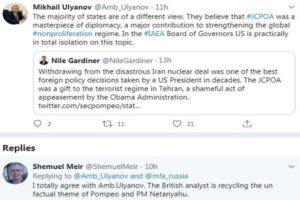 The Russian diplomat also reacted to the tweet of Shemuel Meir, a blogger at Haaretz, writing, They don’t understand that if they finally ruin the deal, the security situation in the region will further deteriorate significantly. And they have nothing realistic to offer as an alternative. Absolutely irrational policy guided by hatred and often elementary ignorance.

US Secretary of State Mike Pompeo has claimed that the US will not allow Iran to purchase conventional arms after UN sanctions expire in October.

Pompeo plans to invoke a provision in the Iran nuclear agreement, which the Trump administration pulled out of in 2018, in an effort to either extend an arms embargo on Iran or reimpose even harsher United Nations (UN) sanctions, the New York Times reported.

He also called on the UN Security Council to extend Iran’s arms embargo under the pretext of preventing a new arms race in the Middle East.