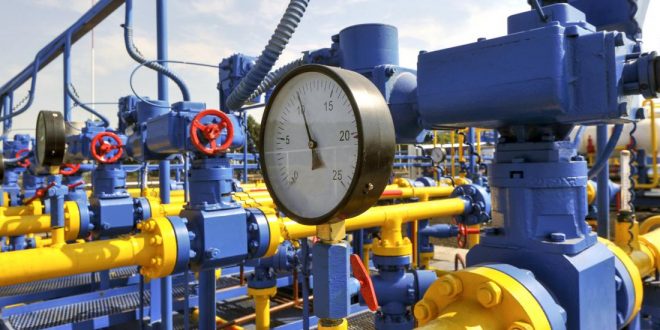 The US on Friday voiced misgivings over the Eastern Mediterranean (EastMed) Pipeline, a planned gas pipeline that would ferry Israeli fuel from the eastern Mediterranean to Greece.
A State Department spokesperson who commented on the matter on condition of anonymity told Anadolu Agency that the Biden administration is looking “critically at new fossil fuel infrastructure projects to ensure U.S. support is not directed to carbon-intensive sources and does not result in future stranded assets as we accelerate the clean energy transition.”
The spokesperson listed off a series of energy projects the US is supportive of, including the EuroAfrica interconnector, and proposed EuroAsia interconnector when asked about the EasMed pipeline. The spokesperson noted that both the EuroAfrica and EuroAsia projects “not only connect vital energy markets but also help prepare the region for the clean energy transition.”
The same was not said for EastMed.
“We are supportive of some existing projects which contribute to energy security and diversify natural gas supplies, such as the Alexandroupoli Floating Storage and Regasification Unit (FSRU) and the interconnectors with Bulgaria and North Macedonia, which will be completed much sooner, and at a much lower cost, than the East Med Gas Pipeline,” the spokesperson said in an email exchange.
The US on Jan. 11 formally withdrew its support for EastMed when the US embassy in Athens said the Biden administration is “shifting our focus to electricity interconnectors that can support both gas and renewable energy sources.”
Greece, Israel, and the Greek Cypriot administration inked an agreement in 2020 to build a 1,900-kilometer (approximately 1,200-mile) natural gas pipeline in the Eastern Mediterranean (EastMed) that would connect Israel, the Greek Cypriot administration, Crete, Greece, and ultimately Italy.
Many experts said the estimated natural gas transfer cost would be three times cheaper if the pipeline passes through Turkiye.
Though Ankara and Tel Aviv have expressed willingness to negotiate on such gas transfer via Turkiye, talks have never gotten off the ground.

Previous The U.S. Spent $1.1B on Failed Carbon Capture Projects in a Decade
Next Yamal Gas Pipeline Continues Flowing Eastwards from Germany to Poland