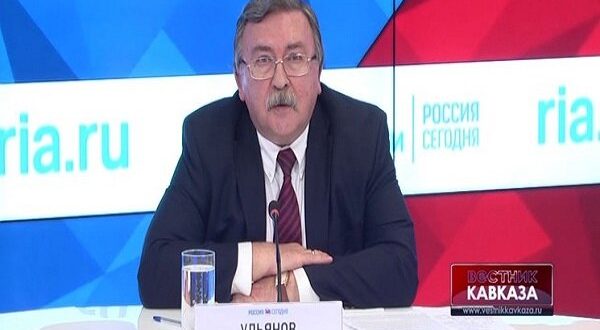 US Withdrawal from JCPOA Leads a Security Decline in PG

Russia’s Permanent Representative to the United Nations Mikhail Ulyanov said that US pullout from Iran’s nuclear deal, known as Joint Comprehensive Plan of Action [JCPOA], led to a decline of security in the Persian Gulf [PG].

He made the remarks on the occasion of 2nd anniversary of US unilateral pullout from JCPOA and lashed out at the US President Trump’s move taken against Islamic Republic of Iran again.

Turning to the dire consequences of US unilateral move out of JCPOA, he wrote in his twitter account, two years ago on the same day, US withdrew itself from JCPOA. Now, we see that its move has led to the decline of security in the Persian Gulf region.

SnapBack is not associated with voting, it is automatic. But first US will need to convince all members of UNSC and the rest of international community that it is not kidding and that it really remains a participant of IranDeal. It can be done only through verifiable compliance, he wrote.

It’s clear that in the statement by President Trump and the US presidential memorandum of last May (May 218), they announced that he was ending his participation in JCPOA, he said.

In a tweet on Thursday, Ulyanov said, the US attempts to present itself as JCPOA participants have no future. It is like a common-sense mockery. Those who invented this idea gave bad advice to US authorities. Cynical approaches must have their own limits in order not to compromise national policy to the worst extent.