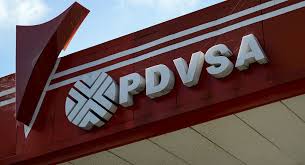 BP to Sell Oil, Gas Assets Even If Prices Rebound

Faced with a paralyzing gasoline shortage, President Nicolas Maduro of Venezuela is using Covid-19 to keep everyone home. Iranian tankers are on their way as he considers longer-term solutions including a private market for imports and sales and a price increase at the pump to kill the black market.
Under his plan, state-owned oil company PDVSA would permit private companies to import and distribute fuel, theoretically avoiding U.S. sanctions aimed at state entities, according to people familiar with the matter. This would be accompanied by a price hike, they said.
Meanwhile, as a short-term fix, Iranian tankers with millions of barrels of gasoline are expected in Venezuela by this weekend. The Iranian foreign ministry has said any attempt by the U.S. to stop them will be met with “a swift and decisive response.” The Venezuelan opposition, led by Juan Guaido, has warned that the tankers shouldn’t be allowed to dock.
At PDVSA’s Cardon and Amuay refineries, Iranian technicians are repairing halted plants. In April, more than a dozen flights from Tehran brought the workers along with supplies and parts to the Paraguana refining complex and left with 9 tonnes of gold — about $500 million– as payment.
Cultural Shift
An overhaul of the country’s gasoline distribution system would mean an end to price controls that have allowed Venezuelans to fill up essentially for free. It would also represent a stark shift in national culture, loosening the state’s monopoly over the country’s central asset. PDVSA would recover millions currently lost in subsidies.
But it is a move freighted with political risk. Venezuelans have come to view free gasoline as a birthright — when prices were raised in 1989, Caracas burst into violent riots.
They also accept the current lockdown with relative equanimity because it’s going on around the world. But coronavirus has claimed few victims in Venezuela and the main reason the population is being kept home is a lack of gasoline. As quarantines ease, movement and recovery will remain stuck without fuel.
And the opposition, which has been trying, with U.S. help, to oust Maduro, has to weigh its response to the plan with care. A successful rebooting would bring relief to those who wait in line as long as three days to fill vehicles. But it would consolidate Maduro’s hold on power.
Fuel Rations
Shortages, especially in rural areas, have existed for some years due to mismanagement of PDVSA. They’ve now hit Caracas. The military is guarding fuel pumps where only select personnel can partially fill up with fuel rations limited to 20 liters (5.3 gallons) per car. From having the cheapest gasoline in the world, Venezuelans are now paying as much as $4 per liter ($15.2 per gallon) on the black market.
Last year, the oil ministry drafted a proposal to raise prices to international levels. In a sign of the delicacy of the issue, the document has been languishing in the vice president’s office, according to a person familiar with the situation.
Press officials at PDVSA and the Oil Ministry didn’t reply to requests for comment on the plans.
But change seems to be on its way. Internet connectivity at 250 stations — out of 1,530 nationwide — is being verified and card readers unblocked to widen connectivity with private banks, according to two people.
Credit Cards
Currently, stations only accept local cash. Once credit cards work, prices will effectively be set in dollars.
Maduro’s backers in the super-legislature known as the National Constituent Assembly, favor a price rise.
“The price should be around 10 cents per liter,” lawmaker David Paravisini said in an interview. Keeping subsidy exemptions for special sectors is also an issue, people familiar added. Government fuel subsidies amount to $2.8 billion annually at current quarantine and rationing consumption levels of 40,000 barrels a day, down from $17 billion seven years ago, according to energy expert Nelson Hernandez.
A change of this magnitude would require legal and legislative action, which might be blocked by the opposition. Maduro may therefore hand the issue to the supreme court where loyalists are in the majority.
Evade Sanctions?
It’s also unclear that privatizing the gasoline market would evade U.S. sanctions. The Trump administration has targeted state entities to send a message that it’s trying to undo a government, not harm the people. A senior U.S. official said Washington would look closely at any new system for links to the regime.
In 2018, Maduro said the disparity in gas prices between Venezuela and its neighbors had led to such an alarming rate of smuggling that $18 billion had been lost in that year alone. He was going to raise the price in a plan that included a state banking payment system but he never followed through.
Meanwhile, new payment systems appear to be undergoing testing now. Near the key Caracas military base of Fuerte Tiuna, two gas stations have new pumps with fingerprint readers connected to state-run banks.
The pumps only serve government officials and members of the military but others around Caracas and in Carabobo and Aragua states are being refurbished to enable digital payment. Co-owners and lessees of PDVSA fuel stations are talking about creating companies to enter the market once it opens up.
Supply of gasoline and diesel has been run by PDVSA since 2008 when Maduro’s predecessor, Hugo Chavez, banned private firms from the market, driving out BP, Texaco and Shell, among others after decades operating in Venezuela. 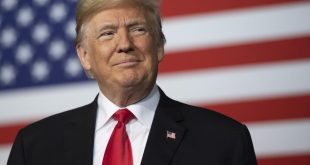 The US oil industry appears to be backing Trump over Biden for reelection in 2020, …