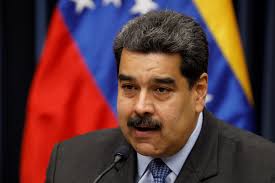 Amid the global COVID-19 pandemic and volatility in the oil market, Venezuela has also experienced an over 60 percent fall in oil production.
Venezuelan President Nicolas Maduro has appointed new heads of the oil ministry and PDSVA, the state oil company, according to the decrees published in Gaceta Oficial.
Tareck El Aissami has become the new head of the oil ministry, while Asdrubal Chavez has been named acting president and chairman of PDSVA.
Both posts had been previously held by Gen. Manuel Quevedo, during whose tenure Venezuela saw a 65 percent drop in its oil production.
El Aissami, who was previously designated as an alleged drug trafficker by the US Treasury, is now on the United States’ list of most-wanted fugitives, among other Venezuelan officials sanctioned by Washington. He earlier served as Venezuela’s minister of industry and national production.