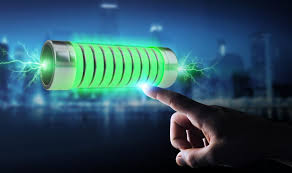 It’s not just BP Plc and Royal Dutch Shell Plc that are having to prepare for a world that’s less hungry for oil and gas.
The world’s biggest independent oil storage company Royal Vopak NV is partnering with battery startup Elestor BV to develop a battery that they think could to be one of the cheapest ways to store electricity in large quantities. It’s a role currently dominated by hydrocarbons, something that needs to change if the world is to curb its emissions.
“Developing large-scale and low-cost electricity storage will become increasingly important,” said Marcel van de Kar, Vopak’s global director of new energies. “With this promising technology of Elestor, electricity can be stored in molecules on a large scale.”
It’s a sign of how the rest of oil industry — beyond the headline grabbing supermajors — is planning for the existential threat a greener future represents. BNEF expects oil demand to peak in 2035, meaning everyone from extractors to storage firms needs to prepare for a world that uses less.
Elestor’s battery uses two tanks of hydrogen and dissolved bromine to store energy, both of which are cheap and plentiful compared to the rare metals lithium ion cells rely on. Because it is a flow battery, capacity can be boosted by simply increasing the size of the vessels, making it ideal for mass storage of electricity.
That could be key to allowing the broad switch to renewable energy that’s needed to meet the Paris Climate goals. Energy firm Wartsila Oyj estimates 2,594 gigawatts of battery capacity is needed in G-20 nations to balance them, since wind and solar only work intermittently. That’s more than five times current nuclear capacity worldwide — another option to provide baseload supply.
While Elestor’s batteries are currently still small, the joint venture plans to scale them to 3000 Kilowatt hours — enough to power around 30 homes for a day — before growing them further.
The grid battery space is dominated by lithium ion cells, thanks to the pre-existing industry which builds and maintains them. Other competitors include vanadium flow batteries, recently selected by California to help stabilize its grid, as well as zinc-based stationary batteries developed by Eos Energy Enterprises Inc. That company last year went public via a special purpose acquisition company.