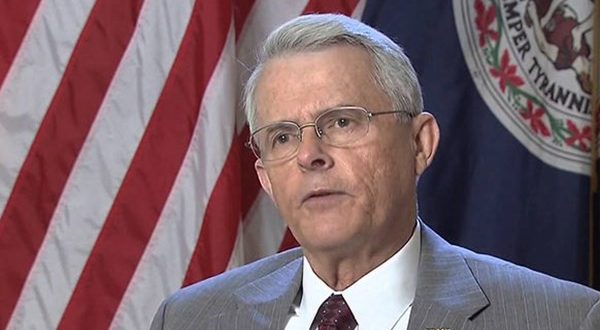 A Republican Senator in the United States warned that the Turkish government is seeking “to absorb Northern Syria into the greater Turkey.” as the Syrian neighbor desperately wants to take the possession of Syrian water and oil resources.
Turkey uses terrorist groups like ISIL and al-Qaeda to carry out ethnic cleansing in Northern Syria to pave the ground for Ankara`s dominance there. said the member of the Virginia Senate. Hayden Black.
According to Hayden Black. “The ISIL group is sort of a tool of Turkey. of the United States. They don’t want Syria to eventually survive. because Erdogan sees himself as the head of a vast caliphate. and as the head of a resurgent Ottoman Empire that stretches from Europe onto China.”
“Turkey has been the greatest ally of the ISIL throughout most of the six-year war” in Syria. he said. adding that ISIL had 2.000 oil tankers. which carried massive amounts of oil stolen from Syria and took it to Turkey.
Back in August. Turkish Special Forces. tanks and jets. backed by planes from the US-led coalition. launched their first coordinated offensive in Syria in an alleged bid to battle terror groups such as ISIL and other militant groupings that Ankara considers them as terrorist.
In a recent speech. Turkish President Recep Tayyip Erdogan said that Ankara-backed militants will advance toward the Northern Syrian town of Manbij in Aleppo province after they accomplish their mission in al-Bab city in the same province.
Meanwhile. Syria has strongly denounced Ankara’s attacks near al-Bab.