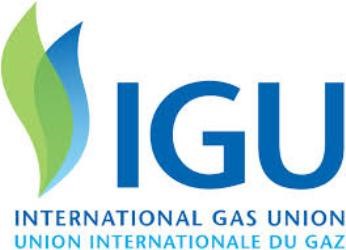 National Iranian Gas Company (NIGC) has been announced to be the host to the 16th International Gas Union Research Conference (IGRC) in 2020. according to Mashal. a periodical published by National Iranian Oil Company (NIOC).
The decision was made on the closing ceremony of the 15th IGRC on 26th of May 2017 in Rio de Janeiro. Brazil. director of Research and Technology at NIGC Saeed Pakseresht said.
Commenting that natural gas has been established in energy provision. Pakseresht added. “International Gas Union. as one of the most influential international bodies in gas industry. is the resounding voice of the industry and is looking for ways to prove to everyone that natural gas and its constant production are the only key to a better life quality in the future.`
Referring to the Iranian capabilities in the field of gas industry. Iran’s 1st rank in gas reservoirs. and 3rd in natural gas production in the world. Pakseresht said Iran has an undeniable role in the field.
He added that one of the main sections of IGRC 2020. which was proposed by Iran for the first time. is Techno Market. As it sounds. this market aims to exchange technology. novel technologies in particular. as a bridge to connect with people’s ideas and innovations to gain benefit from them.
The International Gas Union (IGU) was founded in 1931. It is a worldwide non-profit organisation registered in Vevey. Switzerland with the Secretariat currently located in Barcelona. Spain.
The mission of IGU is to advocate gas as an integral part of a sustainable global energy system. and to promote the political. technical and economic progress of the gas industry. More than 150 members of IGU are associations and corporations of the gas industry representing over 97% of the global gas market.
IGU encourages international trade in gas by supporting non-discriminatory policies and sound contracting principles and practices. promoting development of technologies which add to the environmental benefits of gas and further enhance safe production. transmission. distribution and utilization of gas.
IGU has the vision of being the most influential. effective and independent non-profit organization. serving as the spokesperson for the gas industry worldwide.
The International Gas Union Research Conference (IGRC) is the globally most recognized gas research conference and attracts gas company executives. researchers and others from all over the world held every three years in different countries under the auspices of International Gas Union (IGU).