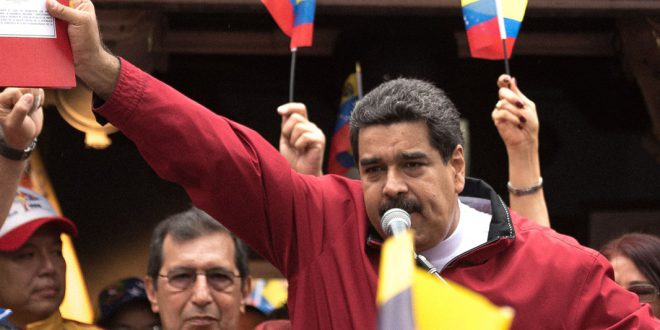 Venezuelan President Nicolas Maduro on Friday called for an `emergency meeting` with U.S. buyers of the country`s crude oil amid new sanctions imposed by the United States.
`I am calling on all U.S. companies we sell oil to to attend an emergency meeting. given the situation created by the decree.` Maduro said in televised statements.
The new sanctions. signed on Friday. will prohibit dealings in new debt and equity issued by the government of Venezuela and its state oil company.
The financial sanctions did not mention cutting off U.S. imports of Venezuelan oil. which could be critical to Venezuela`s economy as well as U.S. oil refiners.
This was the latest round of sanctions imposed by the Trump administration on the South American country after Venezuela held elections for the National Constituent Assembly at the end of July.