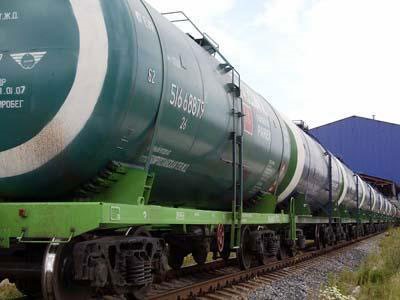 Chinese Company Will Build Iran Railway in Return for Oil

A Chinese investment company has said it will help Iran build a railroad in return for Iranian crude oil. Tasnim news agency reported August 28.
The offer was made by the representative of the company in a meeting with officials of the Iranian Ministry of Transport.
The preposition of the Chinese side was to `swap technology for oil`.
According to Deputy Minister of Transport of Iran Kheirollah Khademi. the railway in question would be an express train track between Tehran and Tabriz (northwest Iran) with the length of 700 kilometers.
Iran has been trying in the wake of its 2015 nuclear deal. which lifted economic sanctions on the country. to refurbish its railway system.
Recently news outlets said a Russian bank had agreed to provide 1 billion euros to electrify a 500 km railway route in northern Iran.
The loan is related to a 1.2 billion euro deal that Russia and Iran signed to electrify the Garmsar to Inche Burun line during a visit by Russian President Vladimir Putin to Tehran in November 2015.
The railway line extends into Turkmenistan and Kazakhstan. linking Central Asia to the Persian Gulf and beyond.
A month earlier. Russia’s largest manufacturer of locomotives and rail equipment. CJSC Transmashholding. signed a 2.5 billion euro deal with IDRO Group in Tehran for joint production of rolling stock in Iran.
In July. Iran signed another deal worth 1.2 billion euros with Italy’s state railway company Ferrovie dello Stato (FS) to build a high-speed railway between the central cities of Arak and Qom.
Under a national plan. Iran seeks to stretch out the nationwide railroad line to 25.000 kilometers by 2025 from under 15.000 kilometers now.