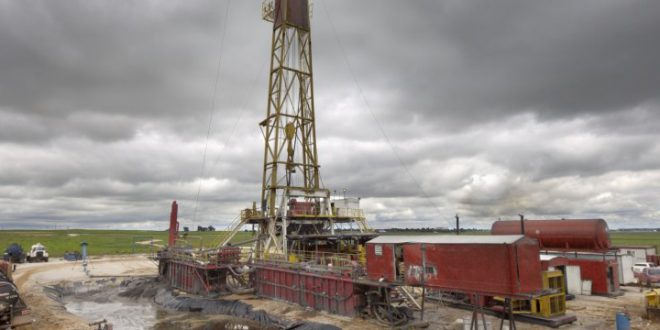 Azerbaijan Creating Formula for Maximum Limit Use of Oil Revenues

The State Oil Fund of Azerbaijan (SOFAZ) together with the government of the country is developing a special formula. in line with which the upper limit of the use of oil revenues will be calculated. said the Fund’s Executive Director Shahmar Movsumov in his interview with Kazinform news agency.
Movsumov noted that SOFAZ was established in Azerbaijan in 1999 and the Fund’s main source is revenues from the sale of oil and gas that account for the state share.
The fund has received more than $130 billion since its establishment. and about 75 percent of this amount was used for infrastructure projects. development projects. and nearly 25 percent are saved. said Movsumov.
“Today. the fund has $35 billion. Under the legislation. the Fund has no right to invest inside Azerbaijan. All our investments are international. global. we have a quite diversified portfolio. we invest around the world. in different types of assets.“ added the executive director.
According to him. the Fund doesn’t have a limit of funds. which is annually used for the development of the economy.
Movsumov went on to say that under the mandate. SOFAZ is a national welfare fund and. accordingly. it doesn’t invest in specific projects and as a financial investor. does it through funds. shares.
“A major part of our funds is invested in fixed income instruments. in shares of the world’s biggest companies. we invest in real estate and have buildings in London. Paris. Tokyo. Seoul. and various cities around the world. Accordingly. there is a very wide field for investments.“ said the executive director.
Specifically. in recent years. funds were invested in the Global Infrastructure Fund that puts investments in large infrastructure projects around the world. and in the Climate Change Fund. added Movsumov.
According to him. such a policy is not unprofitable.
“As you know. there are so many projects. the so-called “green economy“. which brings real income. This is the production of electricity in an alternative way. Yes. in many countries they. of course. are subsidized. but it is still profitable for an investor.“ he added.
He also noted that for investors. it is profitable to invest in all spheres in Azerbaijan.
“But. of course. in the traditional – this is agriculture. It is highly developed in our country. information technologies. and of course. tourism. In recent years. it has become one of the fastest growing sectors. I think that there are so many good opportunities.“ said Movsumov.