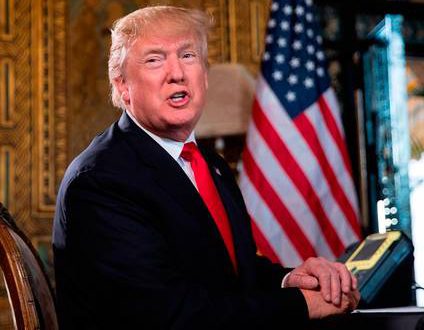 China Denies It Is Illegally Selling Oil to North Koreans

China yesterday denied reports it has been illicitly selling oil products to North Korea after US President Donald Trump said he was not happy that China had allowed oil to reach the isolated nation.
Mr Trump said on Twitter the previous day that China had been `caught` allowing oil into North Korea and that would prevent `a friendly solution` to the crisis over North Korea`s nuclear and missile programmes that it conducts in defiance of heavy UN Security Council sanctions.
`I have been soft on China because the only thing more important to me than trade is war.` Mr Trump said in a separate interview with `The New York Times`.
South Korea`s `Chosun Ilbo` newspaper this week quoted South Korean government sources as saying that US spy satellites had detected Chinese ships transferring oil to North Korean vessels about 30 times since October.
US officials have not confirmed details of this report.
Chinese foreign ministry spokeswoman Hua Chunying told reporters she had noted recent media reports. including suggestions a Chinese vessel was suspected of transporting oil to a North Korean vessel on October 19.
`The Chinese side has conducted immediate investigation. In reality. the ship in question has. since August. not docked at a Chinese port and there is no record of it entering or leaving a Chinese port.` Ms Hua said.
She said she was not aware if the vessel had docked in other countries. but the relevant media reports `did not accord with facts`.
`China has always implemented UN Security Council resolutions pertaining to North Korea in their entirety. and fulfils its international obligations. We never allow Chinese companies and citizens to violate the resolutions.` Ms Hua said.
`If. through investigation. it`s confirmed there are violations of the UN Security Council resolutions. China will deal with them seriously in accordance with laws and regulations.`
In the `New York Times` interview. Mr Trump explicitly tied his administration`s trade policy with China. North Korea`s lone major ally. to its perceived co-operation in resolving the North Korea standoff.
`When I campaigned. I was very tough on China in terms of trade. Last year. we had a trade deficit with China of $350bn (€291bn). minimum. That doesn`t include the theft of intellectual property. OK. which is another $300bn (€250bn).` Mr Trump said. according to a transcript of the interview.
`If they`re helping me with North Korea. I can look at trade a little bit differently. at least for a period of time. And that`s what I`ve been doing. But when oil is going in. I`m not happy about that.`
An official with the US state department said the US government was aware of vessels engaged in such activity involving refined petroleum and coal.
`We have evidence that some of the vessels engaged in these activities are owned by companies in several countries. including China.` the official said. speaking on condition of anonymity.
The United States says the full co-operation of China. North Korea`s neighbour and main trading partner. is vital to the success of efforts to rein in North Korea. while warning that all options are on the table. including military ones. in dealing with it.
China has repeatedly said it is fully enforcing all resolutions against North Korea. despite suspicion in Washington. Seoul and Tokyo that loopholes still exist.
South Korea said yesterday it had seized a Hong Kong-flagged ship suspected of transferring oil to North Korea.
A senior South Korean foreign ministry official said the ship. the Lighthouse Winmore. was seized when it arrived at a South Korean port in late November.
`It`s unclear how much oil the ship had transferred to North Korea.` the official said.

Previous Russia Set to Keep Its Grip on European Gas Market
Next Sinopec Inks $1.05b Refinery Upgrading Deal in Iran