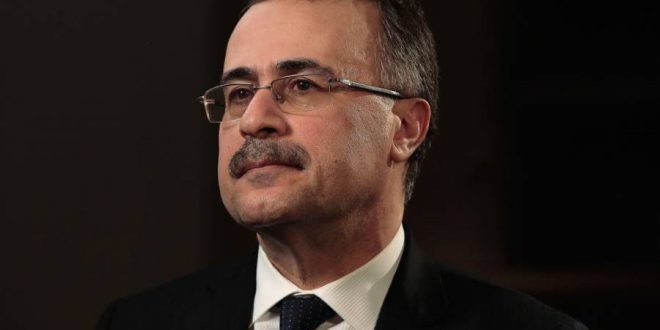 Aramco is Ready for IPO as Listing Venues up in Air

Saudi Arabian Oil Co. is ready for its initial public offering in the second half. with the government yet to decide where to list the shares. CEO Amin Nasser said.

The kingdom will decide where the stock will be traded. not the company. Nasser said Thursday at Aramco headquarters in Dhahran. in eastern Saudi Arabia. One option being considered is selling the shares locally and then overseas. he said. There is no short list of possible exchanges and talks are ongoing to decide on bank roles. he said.

“We are ready and prepared for the IPO in the second half of the year.“ Nasser said. “We can list at home and abroad at the same time but it’s not our decision. We are waiting for the government to tell us where to list so that we prepare for the venue.“

Saudi Arabia is seeking to sell as much as 5% of Aramco as part of a plan by Crown Prince Mohammed bin Salman to set up the world’s biggest sovereign wealth fund and reduce the economy’s reliance on hydrocarbons. The sale could be the largest ever. based on the government’s $2-trillion valuation of the company.

The share sale has drawn interest from international stock exchanges in London. New York. Hong Kong. Singapore. Tokyo and Toronto. and even spurred U.S. President Donald Trump and UK Prime Minister Theresa May to lobby for the listing.

The listing has seen intense competition by banks from New York to Tokyo for a role on the deal. Aramco is set to appoint lenders including Goldman Sachs Group Inc.. Citigroup Inc. HSBC Holdings Plc. JPMorgan Chase &amp. Co and Morgan Stanley to help manage the sale. people familiar said this month.