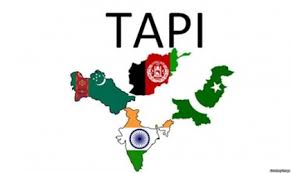 `The implementation of the project to supply gas to India to compete with the [Iran-Pakistan] Peace pipeline is unlikely.` Zanganeh was quoted as saying by IRNA on Tuesday.

TAPI is a planned 1.800-kilometer stretch of pipeline aimed at transferring natural gas from Turkmenistan to India.

With a capacity to transfer up to 33 billion cubic meters of gas annually. TAPI. which will also run through Pakistan. can undermine the Iran-Pakistan gas pipeline project. which has been shelved despite making significant progress in Iran`s territory.

`It is an extremely difficult and remarkable task to mend ties between Pakistan and India.` Zanganeh said. playing down the prospects of collaboration between the two states whose ties are overshadowed by mistrust and war.

The minister made the remarks following reports that Saudi Arabia is planning to finance TAPI. a move that could undermine Iran`s efforts to revive the protracted gas pipeline project with Pakistan.

Earlier this month. news agencies cited Maksat Babayev. Turkmenistan`s deputy prime minister in charge of the fuel and energy sectors. as saying that Saudi Arabia would make `considerable investments` in the construction of TAPI.

Besides financial constraints. the pipeline also faces security risks in Pakistan and Afghanistan. a hotbed of militant groups.

Zanganeh blamed Pakistan of underperforming in its joint gas pipeline project with Iran.

`Pakistan is not collaborating [to complete the pipeline].` Zanganeh said.