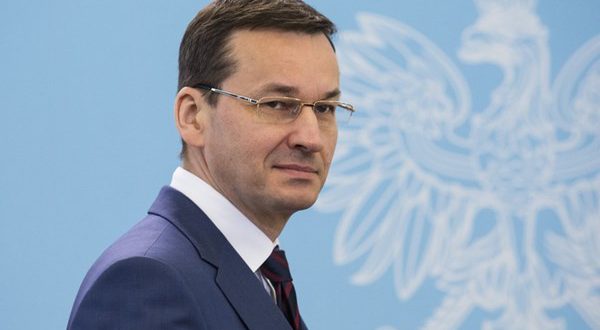 Polish Prime Minister Mateusz Morawiecki said that the construction of the Russian gas pipeline Nord Stream-2 creates a new unnecessary tension. and that its launch could lead to war between Ukraine and Russia. reports RBC-Ukraine.

The official noted that Ukraine is now relatively safe since it controls gas routes to Central Europe. According to the Polish Prime Minister. if Nord Stream 2 is launched and the Ukrainian gas pipelines are disconnected. Russia will be able to aggravate the conflict for any reason and by any means. and even decide to conduct direct military actions.

After the creation of this gas pipeline. the outbreak of a large Russian-Ukrainian war is more likely. he believes. `Nord Stream 2 is a step in this direction.` Morawiecki said.

He also noted that thanks to the interconnector and the terminals of liquefied gas. Europe has enough alternatives to satisfy the demand for imported gas in the amount of 180 billion cubic meters per year. `In short. Nord Stream-2 is unnecessary and harmful. and it divides the Western public.` the Polish prime minister said.

Poland plans to independently build a gas pipeline on the bottom of the Baltic Sea. The Baltic Pipe project will be laid from the Polish coast to Denmark and will enable the state-owned Polish gas transportation company Gaz-System to connect to the Norwegian gas pipeline network.