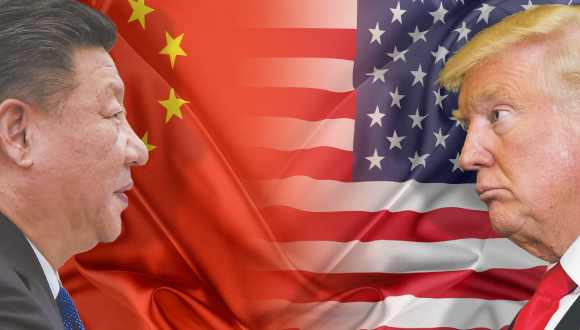 China Issues Retaliatory Tariffs against the US

Shortly after the Trump administration unveiled plans Friday to impose tariffs of 25% on $50 billion in Chinese products. China`s State Council announced it would levy penalties of the same rate on the US goods of the same value.

The US is `provoking the trade war`. China`s Foreign Ministry spokesman Lu Kang said Friday. while pledging to defend the country`s interests.

In striking back at the US action. China expanded the list of US products that would be subject to tariffs to 659 types of goods. from some 106 types it originally disclosed in April. Most of the added goods on China`s retaliatory list are agricultural. seafood and energy products. President Donald Trump said earlier Friday that the US would respond with more tariffs if China retaliated.

Beijing is imposing the tariffs in two steps as Washington is doing — picking the same amounts and same dates the US is choosing. On July 6. China will levy duties on $34 billion of US products. covering 545 categories. ranging from soybeans. pork. chicken and seafood to sport-utility vehicles and electric vehicles. The farm goods were chosen to hit US states that supported Mr Trump. according to people with knowledge of Beijing`s plan.

Then China plans to implement tariffs on an additional $16 billion of US goods. the State Council said. The start date for tariffs on those products. including chemicals. coal. crude oil and medical devices. will be announced later. it said. Commercial jets. airplane engines and other aviation equipment were left off the list.

Mr Trump. in a statement earlier on Friday. said any Chinese retaliation would be met with new tariffs. He has already threatened additional tariffs on $100 billion in Chinese imports. but the US hasn`t yet detailed which products would be hit.

`The trade war was started many years ago` by China and others. Mr Trump said at the White House on Friday. He said the US economy is already humming and `after we do our trade deals. wait `til you see our numbers.`

The US tariffs on Chinese goods come after others the Trump administration imposed on metals imports from allies in Europe. Mexico. Canada and Japan. This puts Washington at the centre of a mounting trade confrontation. as Mr Trump tries to put into effect his `America First` trade policy.

Caught in the middle are a number of big US companies. which complain that the tariffs penalise them for their globe-spanning supply chains. The US added semiconductors to its tariff list. for instance. Chips are often designed and produced in the US. sent to China for packaging or testing and then returned to the US. The chips would now be subject to tariffs on the return trip.

`Tariffs on semiconductors would harm. not help. US semiconductor companies. their workers. and American consumers.` said a spokesman for the Semiconductor Industry Association.

Administration officials said the goal of the tariff fight is to protect high-tech US companies from pressure they face in China to transfer their technology to Chinese partners. Tariffs are necessary. the officials say. to force Beijing to change the way it does business.

If tariffs prompt American technology companies to move manufacturing out of China. that is also a plus. US officials say. Some of that production may return to the US. Even if it doesn`t. they argue. the US would benefit if companies move assembly work to other low-wage nations because that would make it harder for Beijing to capture US technology.

On July 6. the US will levy tariffs on $34 billion worth of Chinese imports. covering 818 product categories. That is a pared-down version of a preliminary tariff list announced in early April. reflecting input from US industry on which products should be excluded.

Knocked off the initial list were products such as flat-screen televisions. copying machines and air-conditioning parts. according to an analysis by Chad Bown. a trade expert at the Peterson Institute for International Economics.

The American Apparel and Footwear Association said it was pleased that machinery used to make clothing and shoes was removed from the tariff list. But association said. `any new tariffs present an immense burden for the American people.`

The US trade representative`s office added tariffs on imports of $16 billion of Chinese goods in 284 product categories. The products included semiconductors. machinery and plastics. Before tariffs are assessed on those goods. the trade representative plans to get industry comment at a public hearing on July 24. In addition. companies can ask that certain products be excluded from tariffs if they can`t get those goods from suppliers outside of China.

The administration said it aimed to hobble China`s plans to develop advanced technology under its `Made in China 2025` report. released in 2015. The report is a blueprint for making China a world leader in a number of technology areas. including robotics. semiconductors and electric vehicles.

`Anybody in the US who is affected by these [tariff] lines will have opportunity to come and make their pitch.` said a senior administration official.

The trade offensive was panned by many US industries. They say they recognise the problems in doing business in China. but oppose tariffs.

The National Association of Manufacturers said `tariffs will cause more problems than they solve` and urged the administration to negotiate a bilateral trade deal with China instead. The Motor and Equipment Manufacturers Association. an auto parts group. said Chinese retaliatory tariffs `could negate` the gains to the US economy from recent tax cuts.

On Capitol Hill. the response depended as much on whether lawmakers were longtime free traders as on their party affiliation. House Ways and Means Committee Chairman Kevin Brady. a Texas Republican. said he was worried tariffs would `make it more difficult to sell more `Made in America` products globally and expose many of our industries — particularly agriculture and chemicals — to devastating retaliation` from China.

The top Democrat on the committee. Richard Neal of Massachusetts said tariffs `can be an important tool in re-setting the US-China trade and economic dynamic.` But he said the administration needed to produce a more coherent overall strategy toward China.

Earlier this month China offered to purchase nearly $70 billion of US agricultural. energy and other products if the US called off its tariff threat. That wasn`t enough to persuade Mr Trump to change course on tariffs.

Previous The Oil Price Is At a Crossroads
Next Saudi Arabia Plans Leaders` Summit This Year for OPEC. Allies